Passenger Train to Araku Soon to Have Vistadome Coaches The dream project of having a Vistadome coaches in the passenger train to Araku Valley is finally coming true. Made of special acrylic, the train that will take off by the end of this month will allow passengers to view the valley through the roof and huge windows while seated on a revolving chair.

Divisional Railway Manager Chandralekha Mukherjee stated that this is the first ever such project in India. The coaches that are 75% transparent glass were manufactured by Integral Coach Factory at Perambudur, Tamil Nadu. The first coach is all set to move out of the factory on April 11, 2017 and arrive here two days later on April 13, 2017. Yo! Vizag also has exclusive information that the trains will have GPS-based Passenger Information System via LCD systems that support both audio and video.

The second coach is all set to arrive 15 days after the first. Trial run will be done to ensure mechanical perfection and later the inauguration date will be finalised. The coach will have a capacity for 40 passengers and will be attached to the Kothavalasa-Kirondol passenger train which leaves Vizag railway station every day at 7:15 AM.

“We have been waiting for this day. I personally persuaded the general manager and other senior officials to expedite the project as the local people have been anxious to ride on the coaches,’’ the DRM told The Hans India. The passenger fare and launch date of the Vistadome coaches on the passenger train will be finalised on the success of the trial run.

Travel operators are also reportedly looking forward to the arrival of these coaches. If the coaches take off by the end of April, it will be successful in attracting tourists from both in and out of the city, creating more footfall this summer. 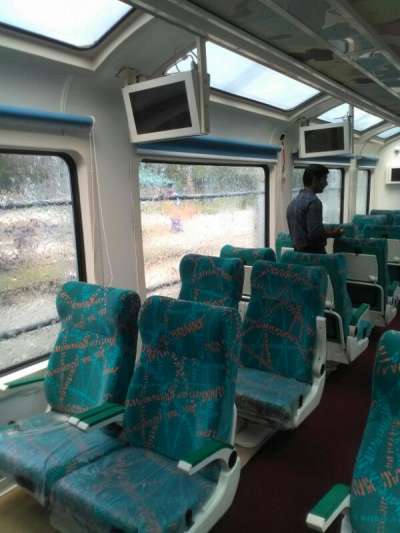 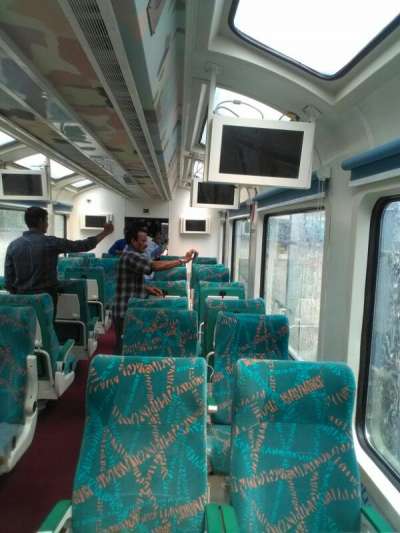