While the history of Vizag dates back to 260 BC, when Ashoka conquered the Kalinga Empire, the earliest substantial edifice still standing today is perhaps the 14 century Simhachalam Temple. Since then, Vizag has seen a lot of ups and downs, like the rise and departure of the Dutch and consequently the British. Offering a glimpse into the cultural history and heritage of this city are a few heritage structures in and around Vizag. The INTACH society, Vizag chapter has been actively involved in identifying and protecting these structures. While old parts of the city have many ancient structures, some notable ones amongst them include the KGH, a Dutch Cemetery, the Collectorate building, St Aloysius school, Hawa Mahal and the Town hall. 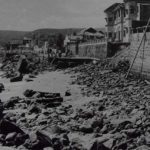 The King George Hospital (KGH) has been an icon of medical assurance for Vizag and its surrounding areas right since the day it opened its doors in 1923. Affiliated to the Andhra Medical College, this government hospital is equipped with technologically advanced equipment like the Nuclear Medicine block and Dialysis Unit, staffed with highly skilled and experienced staff. The main building is a monumental structure, built around 1845 on a 35-acre land donated by the Budhavarapu family. Some of the buildings were constructed by the Bobbili royal family. Baruva of Guwahati had donated Rs.25, 000 at the time of the coronation ceremony of Edward VII for development of the hospital. The design, elevation and height of the buildings of the great hospital have been designed in such a way ensuring ample light and lots of ventilation.

The Collectorate Building was constructed between 1865 and 1914 by the Gyanan and Dunckerly Company. Since then it has been the seat of district administration, the District Collector’s office. A magnificent symmetrical stone E-shaped structure with pyramidal roofs, the Collectorate has two courtyards, a central buttressed porch with semicircular arch openings. The porch has a huge circular buttress on one side, as a watchtower, with a spiral staircase inside it. There is an elegant looking central bay window above the arch opening of the porch. The roof of the ground floor is supported on wooden rafters resting on steel I-sections. These I-sections were brought from England. Some part of the first floor corridor has a stone balustrade and the remaining part is made of wood. The Collectorate Building adds to the glory and heritage of Visakhapatnam. 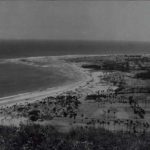 Saint Aloysius High School was started in 1847 by the Roman Catholic Mission. It is a U-shaped building with a huge courtyard at the centre, which is used as a playfield for children. This heritage structure has some influences of Gothic style of architecture. The complex has two structures one being the school building and the other is the Chapel. The corridors of the ground floor have stone flooring. Huge semicircular arches open up in the corridor on either side. The bases of the arches are made out in finely cut wedge shape stones. The ground floor roof is a madras terrace roof. The first floor has cuddapah slate flooring. This floor also has a madras terrace roof. The chapel, on the other side, was constructed in 1935-36, with a bridge connecting the school and the chapel. There is a rose window on the top, beautifully decorated in stained glass. There are pyramidal structures in stone emphasizing the chapel’s unity. 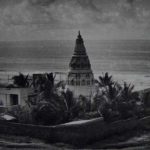 Hawa Mahal , a grand edifice facing the sea on the Beach Road was constructed between 1917 and 1921. It was built as a transit halt and summer resort for the Maharaja Ramchandra Deo of Jeypore, Orissa. This rich heritage site, once a historical palace, is still being put to use as a popular venue for many civic events. The grand symmetrical heritage structure overlooking the sea is a tourist attraction that is still host to a number of art exhibitions and events. It was designed to extract maximum benefit of the cool sea breeze. This palace, a unique two storied symmetrical stone building has twin octagonal projections on either side. Segmented arched openings frame the wooden windows within. To ensure cool comfort within, Burma teak and high Madras roofing has been employed extensively. The Central porch of the main structure has semi circular arched verandahs and the rectangular wooden windows with ventilators leading into the palace. Two iron grilled staircases in the north side provide access to the first floor. In the bygone days of royalty, the palace witnessed many a grand arrival by the royal family, their honoured guests and huge entourage on elaborately decorated elephants

and horses as they converged here for the summers. This grand palace also played host to innumerable governors and high ranking dignitaries. Some of the prominent guests to this grand palace include the first prime minister of India Jawaharlal Nehru in 1961 who came to Visakhapatnam to inaugurate the Jalusha the first ship manufactured by the Hindustan Ship Yard. Dr Rajendra Prasad, the first President of India too stayed in the palace during his stay. This palace has functioned as the first Women’s College of Vizag as well as Nursing School for some time. 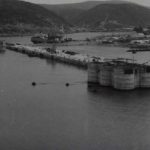 On the site of a fisherman’s village, the Victoria Town Hall was built by Maharaja of Bobbili in the year 1893 to commemorate the Diamond Jubilee of Queen Victoria and handed over to the municipality in 1904. This symmetrical structure is situated on a widely spread hillock, well above sea level and with an excellent view of the harbour. This is a double storey pitched roof structure. There are stone towers on either side of the building covered with a conical wooden roof. The towers also have small semicircular arched openings and look like watchtowers. The building is mainly divided into two parts. The structure has exquisitely carved wooden eaves board at the entrance. The structure’s elegant stonework has had great influence on later structures.