The state government’s AP Purse android app was finally launched by Chief Minister N Chandrababu Naidu. At a press briefing, the CM said that the app consisted of 13 mobile banking and 10 mobile wallets that can be used to pay bills.

AP Purse is a single interface to download and access various payment wallets and NetBanking apps. The aim is to educate and enable merchants to accept payments through eWallets. The AP Purse Google Play page lists wide range of benefits for both the customers and merchants who use the wallets.

Most of the apps listed in AP Purse are claimed be accepted at MeeSeva, for paying electricity bills, retail shops, e-commerce websites, petrol bunks, grocery stores, to book railway, air and bus tickets, and more. While the app has received a lot of negative flack in the user reviews, with most people pointing out that the Paytm app listed in the Purse can’t be used to pay electricity bill or not liking how all the 13 mobile banking and 10 mobile wallet apps have to be downloaded individually afterwards. A lot of people have been under the impression that AP Purse was a direct app that could be used for transactions.

We take you through a step-by-step process of how the AP Purse works, despite criticism, the app is easy to use and will be beneficial for the technologically challenged.

A drop-down menu asks you to choose a language – English or Telugu. The app could have maybe benefited from a Hindi option too. 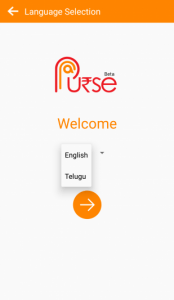 After the language is selected, it asks you to fill in your details. After the name & mobile number are entered, an OTP is sent to the mobile for verification. 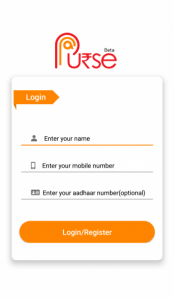 After the OTP verification is done, the app shows two tabs – eWallet Apps like MobiWik and Jio Money and Mobile Banking apps for SBI, Punjab National Bank and more. As you can see, these tabs are only a collection of all the apps that can be used to make mobile payments. After clicking the download option, the app takes to the individual app’s Google Play page. A hamburger button on the left shows the options of Benefits of Cashless Transactions, Safety Precautions, Privacy Policy, Language Selection and also gives you the option of logging out. To sum it up, the AP Purse app manages to do what its meant to do. It is meant to be a support system for the technologically challenged to switch to digital transactions & only time can tell how much the app will really help.