Distance of Vizag from Hyderabad, Mumbai and other major cities of India Vizag, set to be the executive capital of Andhra Pradesh, is sought as a major part of the coastal economic corridor. As the beaches of Vizag continue to gain international recognition, its growing economy attracts businesses to open up their branches from across the country. Having said that, progressing upon an amicable alliance with other major cities of India is inevitable. Here is the list of a few major cities and their distance from Vizag. The closest metropolitan city to Vizag, Hyderabad is also one among many Indian cities with a booming Information Technology industry. The Nizami influence, on the Telangana capital city, can be seen in the architecture, and the cuisine, of Hyderabad. The capital city of India, Delhi is vibrant with a rich heritage and cultural history. With all the central government offices in Delhi, it is the most important city in the country. Considered to be the commercial capital of the country, Mumbai is also the headquarters for the massive Indian film industry. From towering skyscrapers to large areas of slums, Mumbai has a place for everyone. The capital city of West Bengal is one of the major trading cities of the country. Kolkata is known for its literature, arts, and colonial architecture among other attractions. It is also a connecting city to most of Northeast India. Sharing the Indian East coast with Vizag is Chennai, the capital city of Tamil Nadu. With some of the major ports of the country, Chennai attracts a lot of trading companies. Surrounded by cotton fields, Coimbatore is known for its textile industry. Nestled among the Velangiri hills, this city in Tamil Nadu mostly has pleasant weather throughout the year. 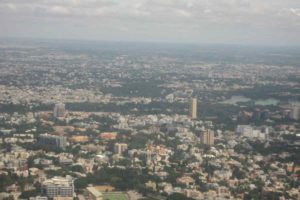 Bengaluru is considered to be the center of High-tech industries in India. With a young demographic residing in Bengaluru, it also has a prowling nightlife. Pune is the second largest metropolitan city in Maharashtra. It hosts many major manufacturing company units in the country. Famously known as the Pink City, Jaipur is the capital of the state of Rajasthan. With a vibrant culture and a royal heritage, the city attracts many tourists and business travelers. The largest city of Gujarat, Ahmedabad is known for the Gandhi Ashram that it houses. The popular industries of the city include textile and jewelry. Also known as Cochin, the city hosts one of the largest ports on the West coast of India. Kochi is seen using the unique fishing method adapted from China. Known for its British architecture and art galleries, Thiruvananthapuram is the capital city of Kerala. It is commonly referred to as Trivandrum.