If you have missed recent gems, like 777 Charlie and Rocketry in theatres, you can now catch them on OTT platforms. But if you’re expecting other recent releases too to hit the OTTs soon, you might be in for some disappointment given that the OTT release window has now been increased to eight weeks. So while Ramarao On Duty, Vikrant Rona, and Ek Villain Returns were among the notable releases over the weekend, Mirchi RJ Indu tells us how they fare.

Mirchi RJ Indu, also known as Bindass Indu, hosts the breakfast show (7 AM-12 noon) on 98.3 Mirchi in Vizag. A bundle of energy and joy, she makes sure her listeners are in line with all things interesting happening across the city and beyond.

Read on spoiler-free reviews of the movies Ramarao on Duty, Vikrant Rona, and another flick released last week in theatres.

Ramarao (Ravi Teja), a Deputy Collector in Srikakulam District, is an honest officer and works with a lot of integrity. Things go haywire when he encounters the missing case of a man, who coincidentally happens to be the husband of his ex-girlfriend. The investigation about the same leads him to know that more than 20 such people have gone missing, all connected to a red sandalwood smuggling case. The story revolves around how he unravels the mystery behind the happenings.

Ramarao on Duty comes as an action thriller set in the 1990s. While it does have its fair share of commercial elements, the inclusion of too many characters, who end up as mere caricatures, spoils the party. The film progresses at a sluggish pace, further denting its prospect.

Final verdict: Not up to ‘Mass Maharaja’s’ standard

This much-awaited pan-India film hit the screens in five different languages. Scaled on a massive budget, the Sudeep starrer has its plot placed heavily under mysterious circumstances.

The movie begins with a suspicious murder of a police officer and a few kids in a row. Vikrant Rona (Sudeep) takes up the case. As the film progresses, we get to witness a terrific Sudeep solve the myriad mysteries of the town. The pre-climax twist is a big plus to the film. The movie also comes with an amazing supporting cast, including Jacqueline Fernandez as Raquel D’Costa aka Gadang Rakkamma, who plays a key role and is not merely put for a special song which went on to become a huge hit. B Ajaneesh Loknath’s music and background score keep the whole 3D theatrical experience amazing. The confusing screenplay though plays the spoilsport.

Final verdict: Watch for the theatrical experience and an in-form Sudeep

The film’s plot was much evident from its trailer. A cab driver, suffering from traumatic stress disorder, ends up killing over a dozen women in his city. The chase to catch him finds the crux of the plot. While the plot doesn’t seem enticing, the middling performances don’t help the film’s cause either. In the end, what we get is an undercooked sequel which is far inferior to its preceding one.

Final verdict: Save your time

Come this Friday and Bimbisara and Sita Ramam will be lighting up the theatres to entertain us. And so will Mirchi RJ Indu with her take on them.

Let us know your reviews of Ramarao on Duty, Vikrant Rona, and other movies which were released in theatres last week. Which one of these movies releasing in theatres this week are you waiting for? 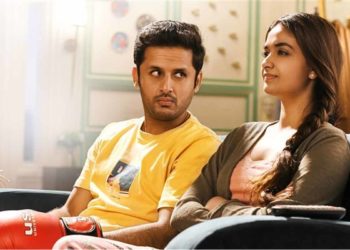 Rang De Reviews: Keerthy Suresh-Nithiin starrer gets a thumbs up on Twitter