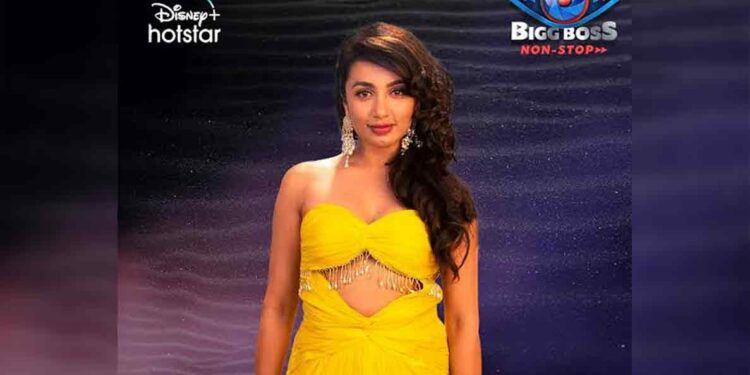 Her elimination was a big shock not only to the audience but also to the house. Anil Rathod and Mitra Sharma too had fewer votes according to online polls. But Disney+ Hotstar does not reveal the voting percentages to the viewers. The audience votes are considered the final decision in this game. The format of this show might be different from a live telecast 24×7, but the voting process remains the same. The only difference is that, unlike the previous seasons, this season does not have the option to give a missed call. Voting can only be done via Disney+ Hotstar. And only 10 votes per registered ID are available like always.

Post the eliminations, Tejaswi interacted with ex-contestant of Bigg Boss season 5, Ravi, who is hosting House of Buzz currently, about her five weeks of the journey in the Bigg Boss house. In conversation, she seems to have criticized Natraj Master, considering her beef with him during her Bigg Boss journey.

In comparison to Tejaswi’s game in season 2 of Bigg Boss, audience appreciated her careful approach in decision-making and how she mingled with everyone. She had faced a lot of trolling in the past due to her game as she was up against Kaushal Manda. Now, the audience sympathize with Tejaswi Madivada’s eviction from Bigg BOss Telugu Non-Stop.

Hosted by Akkineni Nagarjuna, this reality show is slowly picking up on the OTT platform. As we know, the contestants are divided into two categories – Warriors and Challengers. So far, three warriors and two challengers have been eliminated. Mumaith Khan, Sarayu, and Tejaswi belonged to the warriors’ team and Sree Rapaka and RJ Chaitu belonged to the challengers’ team.