Ever since Malayalam movies started getting recognition from audiences across the length and breadth of the country, the Mollywood industry never looked back. Malayalam directors seemed to have cracked the solution to perfectly blend content with commercial elements, thereby satisfying viewers from all walks of life. If there is one genre the industry has mastered. then it has to be the thrillers, especially horror thrillers. Receiving great responses from critics and common audiences alike, several horror flicks hit the screens in the recent past in the Malayalam language.

Here are the best Malayalam horror movies available on various OTTs to watch for a spine-chilling experience.

Bhoothakaalam is a Malayalam horror flick released in 2022, directed by Rahul Sadasivan. The mysterious plot revolves around three characters; a son, a mother, and a grandmother. This edge-of-the-seat thriller leaves no clue to the viewers, as to what will happen next. This promising horror movie stars Shane Nigam and veteran actress Revathy in the plot-defining roles.

Churuli, which translates to a labyrinth, is a 2021 Indian Malayalam-language science fiction mystery horror film directed by Lijo Jose. The story revolves around two undercover cops, who are on a mission to capture a criminal. On their search, they get stuck in a village where eerie mysteries unfold.

Ezra is a 2017 supernatural horror thriller directed by Jayakrishnan and stars Prithviraj Sukumaran and Priya Anand in the lead roles. The film was a box office hit and was well appreciated for its great storyline and visuals. Set in Kochi, the plot of the movie is focused on an antique box with Jewish inscriptions, which is surrounded by an unknown mystery. Priya Ranjan Mathew, a newly-wed housewife, acquires the box from an antique piece seller. Ever since then, paranormal activities begin to happen and what happens next is shown in an interesting way by the director.

A priest is approached by a girl to investigate a series of mysterious suicides in a wealthy family. The priest and the police department set on a mission to find the truths behind the bizarre events. In the course of the investigation, unbelievable truths are discovered, revealing a supernatural angle in the case. Directed by Jofin T Chacko, The Priest stars Mammootty, Manju Warrier, Nikhila Vimal, and others in crucial roles.

9 is a 2019 science fiction horror flick directed and written by Jenuse Mohamed and stars Prithviraj Sukumaran in the lead role. The plot of the movie revolves around a widowed astrophysicist who is sent by his mentor to the Himalayas to catch the glimpse of a comet. He, along with his son, faces abnormal experiences that are centred around a woman named Ava. Who is Ava? Why does she try to capture the astrophysicist’s son?  Watch this movie featuring Prakash Raj, Mamta Mohandas and others in crucial roles.

Let us know which one of these Malayalam horror movies on OTTs you think is the best out of all. Stay tuned to Yo! Vizag Instagram and website for more. 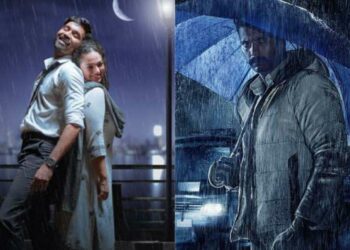