Mahesh Babu’s much-awaited flick Sarkaru Vaari Paata is gearing up for a grand release on 12 May 2022. After a gap of almost two and half years, the reigning Superstar will grace the silver screen with SVP. While Keerthy Suresh plays the female lead, Vennela Kishore, Samuthirakani, Posani Krishna Murali, Nadiya, and others will be seen in supporting roles. Sarkaru Vaari Paata’s trailer was released on 2 May and it broke numerous YouTube records within 24 hours of its release.

The dialogues from the trailer have received a huge response from the fans and Mahesh’s uber-cool look has been the talk of the T-town. Special mention to the music director Thaman SS for his catchy tunes and high-voltage BGM throughout the trailer. Director Parasuram seems more confident than ever with his script. A mass number is said to be released very soon, for which the fans are very excited. From the trailer, it is also evident that a major part of the film was shot in Vizag.

Earlier today, Mythri Movie Makers announced the date, time, and location of the pre-release event of Sarkaru Vaari Paata through their Instagram handle. Though the chief guest for the pre-release event of Sarkaru Vaari Paata has not been revealed yet, people are speculating that director Trivikram Srinivas and actor Rana Daggubati will grace the event. The event is set to take place on 7 May at Police Grounds in Yusufguda, Hyderabad. Live telecast of the grand event will commence at 6 pm. 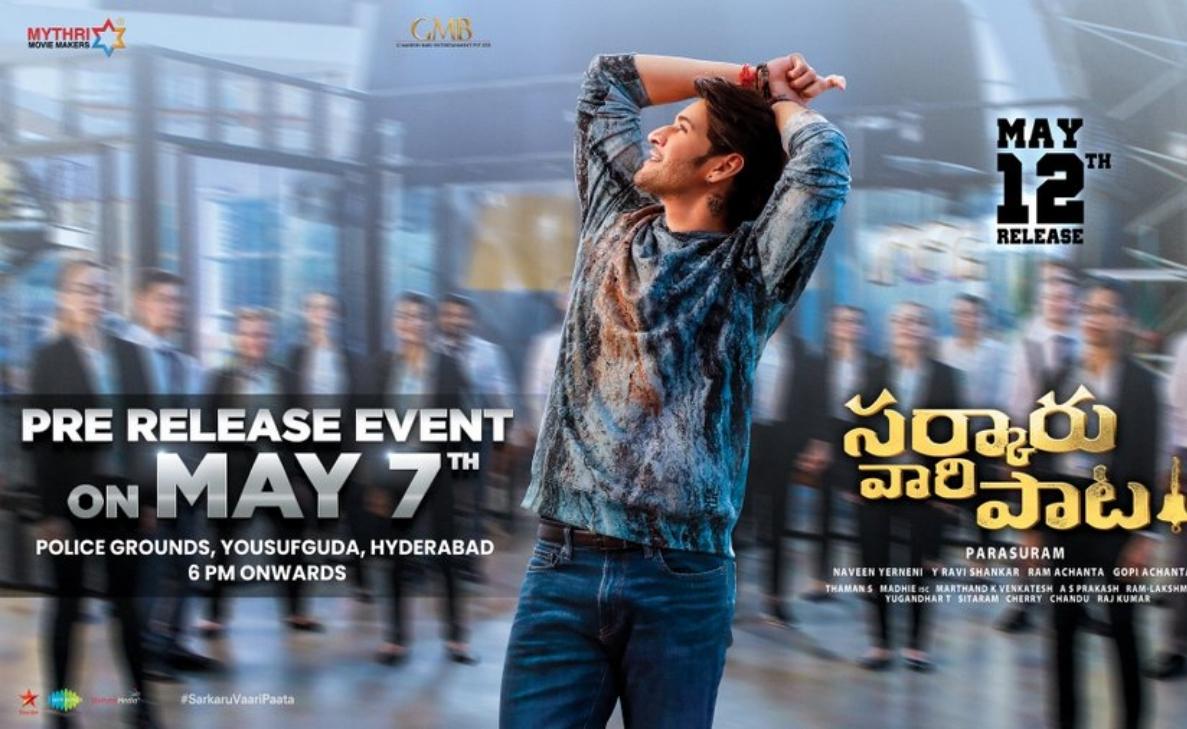