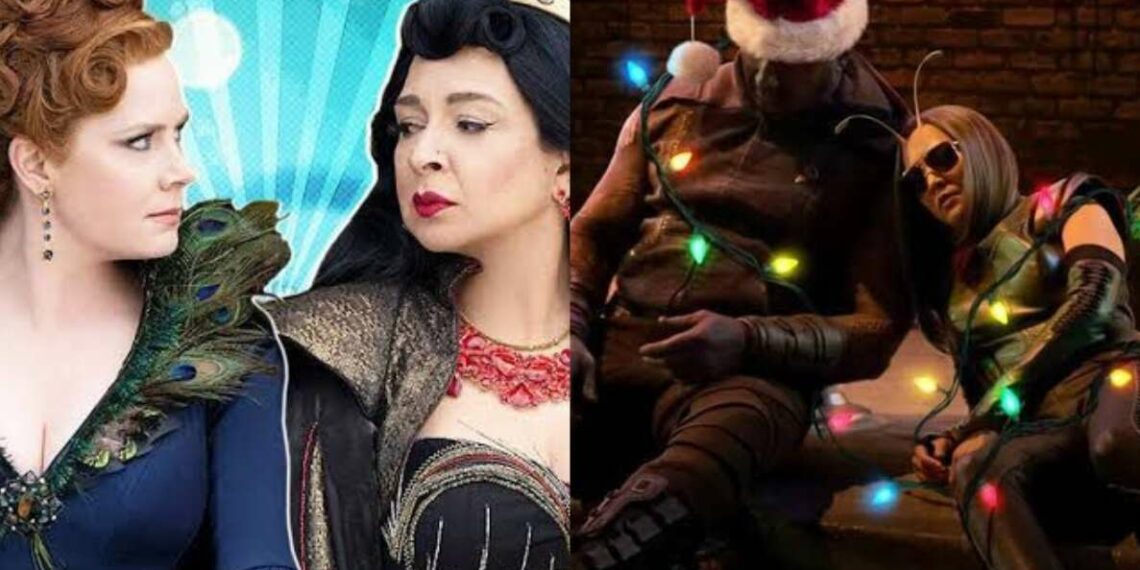 Wednesday is that one day that we all share a love-hate relationship. It gives us hope that we are past Monday and, at the same time, reminds us how far we still are from the weekend. So if you share the same feeling as we do, here is how to drive away those stressful mid-week blues. Catch up with these new movies on Disney+Hotstar and while away the time until the last weekend of November. Don’t worry; we will get through it together!

Here is a list of new movies on Disney+Hotstar you must watch to drive away the mid-week blues.

Starring Patrick Dempsey, James Marsden, Maya Rudolph and others in prominent roles, the adventure fantasy movie is directed by Adam Shankman. After 10 years of the events that took place in Enchanted, Giselle, Robert, and Morgan Philip live happily with their newborn Sofia. Giselle plans to move to Monroeville from Manhattan. The movie showcases how life changes for them as they move to this suburban town.

A romantic comedy directed by Anudeep Kv, Prince, stars Sivakarthikeyan, Maria Ryaboshapka, Sathyaraj, R Madhavan and others in prominent roles. The movie revolves around a teacher who falls in love with a young British woman who works as an English teacher at the same school. After the two fall in love, they face the biggest battle of their life to get married.

A classic love story directed by Hanu Raghavapudi, it stars Dulquer Salman, Mrunal Thakur, Sumanth and Rashmika Mandanna in prominent roles. The movie is about a letter Ram writes to Sita and how even after the former’s death, Afreen tries to deliver the letter to Sita. The Telugu movie was a massive success at the theatres and is a movie you shouldn’t miss. Watch it in Hindi on Disney+Hotstar.

Also read: November OTT updates: Have you watched the trailers of these web series releasing this week?

For a change, the world’s saviours take a break from their hectic schedules of breaking bones and bashing villains. When the Guardians decide to make Christmas better for Peter Quill, who just lost the love of his life, Gamora, they venture to the streets on Earth to find him the best present. But soon, they realise it’s a person that will lift his spirits and not a thing. Who is this person? Watch it on Disney+Hotstar.

Ayan Mukerjee’s magnum opus, Brahmastra Part One, had a decent run at the box office. The movie received an average response from the audiences, and critics have pointed out the below-par writing. This action fantasy drama revolves around Shiva, an orphan and a DJ by profession, who is abnormally resistant to fire. When he starts having unexplainable visions that turn out to be true events, he sets out on a mission along with Isha for the answers to all his questions. The movie stars Ranbir Kapoor, Alia Bhatt, Akkineni Nagarjuna, Amitabh Bachchan, and Shah Rukh Khan in prominent roles

Starring and produced by Mammootty, Rorschach is a Malayalam psychological action thriller directed by Nissam Basheer. Luke Antony is a wealthy NRI businessman who lands in Kerala with his family. On a journey through dense forests, Luke’s wife gets killed, leaving him to solve the mystery behind her death. The movie features Sharafudheen, Jagadeesh, Grace Antony, and others in crucial roles.

Stay tuned to Yo! Vizag for more updates on new movies on Disney+Hotstar.