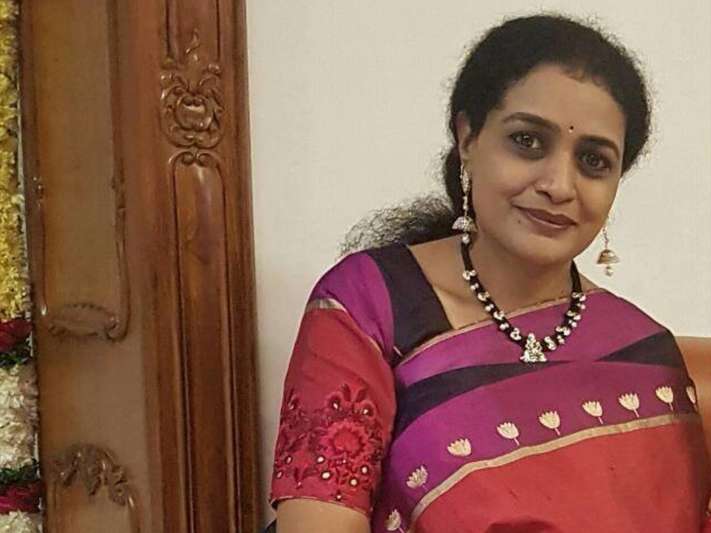 Nandamuri Harikrishna’s daughter, Nandamuri Suhasini, will be contesting in the upcoming Telangana assembly election. In an announcement made on Thursday, the Telangana unit of Telugu Desam Party (TDP) confirmed the same and said that she would be entering the fray from Kukatpally constituency.

The decision was announced after Suhasini’s meeting with TDP President and Andhra Pradesh Chief Minister Nara Chandrababu Naidu in Visakhapatnam on Thursday evening.

Suhasini’s husband, Ch Srikanth is the son of former TDP MP Chundru Srihari. Also, both her brothers, Nandamuri Kalyanram and Jr NTR are popular actors in Telugu film industry. Senior actor and politician, Nandamuri Balakrishna, may also be seen campaigning for Suhasini in the constituency.

Considered to be a key constituency in the city, Kukatpally is once again expected to be a batllefield for the contesting candidates of different parties. In 2014, Madhavaram Krishna Rao, who represented TDP, won the seat from Kukatpally but has since moved to the TRS. With the incumbent ruling party nominating Rao once again, he is expected to take on Suhasini in the upcoming elections.

The Telangana unit of TDP also announced its candidates for two more Assembly constituencies in the state. While Sama Ranga Reddy would be contesting from Ibrahimpatnam, Ganesh Gupta would be leading the party’s charge for Rajendranagar.

The ongoing lockdown has been one of the country's key strategies in combating the coronavirus pandemic. By restricting the movement...