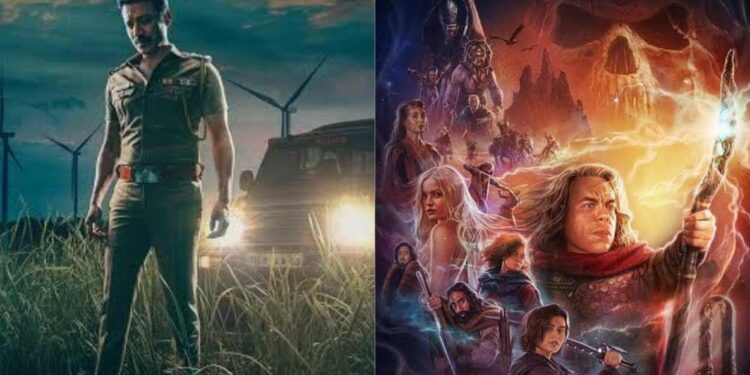 As we inch closer to a new year, as winter intensifies, and as the nights get colder, we get lazier, finding no motivation to get out of bed. If you are one to enjoy your own company with a cup of hot coffee and some binge-worthy web series, the OTT platforms are always here to enthral you with fresh content every week. In the first week of December, four new web series are releasing on OTT, providing a wide range of quality entertainment.

Here are the 4 new web series releasing in the first week of December on OTT platforms.

Also read: Welcome December with these 8 movies releasing on the OTT in the first week

Directed by Andrew Louis, Vadhandhi is an upcoming intense crime thriller starring SJ Suryah, Sanjana, Nasser, Laila, and others in lead roles. A dedicated cop stumbles upon the murder of a beautiful young girl, Velonie, which he dubs the most important case of his life. The series unfolds around gripping investigative sequences to discover the culprit behind the brutal murder. As the cop meets several people on his hunt, he learns unknown truths about the murdered girl. The series will release in Tamil, Telugu, Kannada, Malayalam, and Hindi languages.

Starring Urvi Singh, Aadhya Anand, Naman Jain, and others in the lead roles, Crushed is a romantic comedy drama created by Aayush Gaur, Nishaad Javeri, and Avinash Singh. In their new year of school, the gang faces new challenges. Amid an itch to prove themselves co-scholastically and board exams pressure, Sam and Aadhya enter a rough patch in their relationship. How they swim past this towards a happy ending forms the crux of the plot.

Willow is an upcoming American fantasy adventure thriller based on a 1988 film of the same. The series is based on the characters created by George Lucas and was adapted to television by Jonathan Kasdan. A group of six daring heroes set off on an adventurous quest to an unknown realm. They must face their inner demons while risking their lives to save the world. Willow stars Warwick Davis, Ruby Cruz, Erin Kellyman, Ellie Bamber, and others in key roles.

Directed by Jessica Dimmock, Crime Scene: The Texas Killing Fields is a true crime docuseries featuring Jason Johnson, Juliana Harling, Jenn Wright, and others. Based on true events, the series follows a series of unsolved brutal murders. One man who lost his beloved daughter stands up for all the victims to trace the killer.