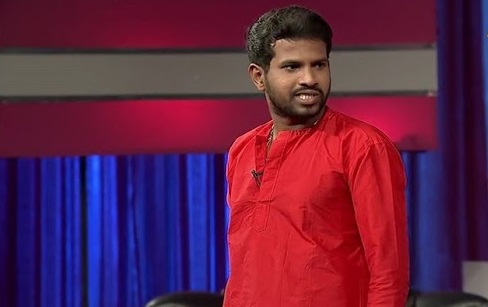 ‘Jabardasth’ comedian Hyper Aadhi finds himself in trouble after he was charged for making derogatory comments about orphan children.

The comedian, who performs in ETV’s ‘Jabardasth’, modified Rajnikanth’s famous dialogue from ‘Narasimha’ to use it as one of his “punchlines”. In a recent performance on the show, Aadhi said, “Athiga aasha pade magavaadiki, athiga aavesha pade aadadaniki puttina santhaname anadhalu.” This literally translates to, “Orphans are born to greedy men and angry women.”

The episode, which was telecast on November 24th, prompted several activists to file a police complaint on Hyper Aadhi, the show’s judges, actor Naga Babu and YSRCP MLA Roja, and its host, Anasuya. In addition to the police complaint, a complaint was also registered with the States Human Rights Commission.

The News Minute quoted a spokesperson as saying, “The comments made against us were hurtful. He has insulted our parents too. What does he (Aadhi) know about our parents? In reply to our objections, he (Aadhi) is justifying his comments saying that he was talking only about a few people.”

Many people have also raised objections over the show for making derogatory comments on women and other minorities such as transgenders. They even said that body shaming was another shameful act that show’s comedians are resorting to.

Recently film critic Kathi Mahesh lashed out on Hyper Aadhi for body shaming him in the show. Mahesh was trolled by Aadhi for being fat and bald. In fact, Aadhi even defended his comments by saying that people are not receiving “humour” in the right sense.

The police have informed that they have received the complaint but are yet to review the content of the show. They also stated that action will taken only after reviweing the content.