International Movie Database (IMDb) has announced the list of top 10 Indian movies in 2017 based on the ratings given by the users. IMDb, which is the most popular website worldwide for movie, TV, and celebrity content, released a video featuring these ten films.

“Fans worldwide demonstrated interest in a diverse set of Indian movies, from ‘Vikram Vedha’ to ‘The Great Father’. It is interesting to note that films based on classics and mythology, as well as those based on contemporary issues, emerged as the two prominent themes of 2017,” said Neha Gureja, IMDb’s Head of Audience Development. The Great Father is a Malayalam movie starring Mammootty and Sneha in the lead roles. The movie tells the story of a father who attempts to seek justice for his daughter. Mersal proved to emerge as the highest grossing film in actor Vijay’s career. The plot revolves around how a magician and a doctor try to expose corruption in the Indian medical industry. 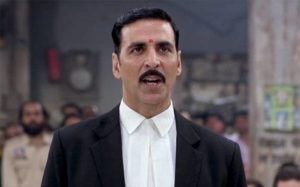 Jolly LLB 2 struck a chord with the audience while portraying Akshay Kumar in the role of a lawyer who goes against the odds to seek justice for a widow woman. The film shows how the protagonist fights against all the odds to set up lavatories in the neighbourhood and ultimately saves his marriage in the process. The Ghazi Attack gives us a riveting account of the 1971 Naval war between India and Pakistan. Directed by a debutant, Sankalp Reddy, this film managed to keep the audiences glued to their seats. The film is a brilliant take on how difficult it has become to secure an admission into a premier school in this modern age. Secret Superstar is a heart-touching story of a 14-year-old girl who aspires to be a singer in spite of the obstacles in her journey. Baahubali 2 set new benchmarks in filmmaking. This magnum opus by SS Rajamouli created a rage at the box office and emerged as one of the biggest blockbusters in Indian film history. Topping the list is Tamil’s Vikram Vedha. Starring R.Madhavan and Vijay Sethupathi as the leads, this edge-of-the-seat thriller is one nerve-wrecking cat-and-mouse game between a police and a local thug.