Emmy Awards 2021: 7 TV shows that have been nominated the most

Emmy Awards 2021: 7 TV shows that are in the spotlight The Emmy Awards 2021, conducted annually in the United States of America, are considered to be one of the four major entertainment events where the best TV shows are nominated. Considered the television equivalent of the Oscars, this event honours TV shows made in English as well as other languages. Owing to its grandeur this event beholds the Television Academy, which organizes and runs the Emmys and announces dozens of technical award winners. This is done as a lead-up to the biggest prizes that are announced at the main event; Primetime Emmy Awards 2021. This will take place on Sunday and broadcast on CBS.

While we wait till Sunday for the Primetime Emmy Awards 2021, here are some English TV shows that arte highly nominated at the event and should be watched by everyone:

Ted Lasso is an American sports drama-comedy television series based on an American football coach. It revolves around an unassuming plot wherein an American football coach is hired to coach for the UK soccer team. The legends compare the show to the 1999 takeover of Chester City F.C by American gridiron coach Terry Smith. Among several accolades and recognitions the series has been a recipient of, Ted Lasso has been nominated for 20 Primetime Emmy Awards, the most out of all the TV shows in 2021. This series is renewed for a third season.

Stream it on: Apple TV+

Emily in Paris is an American comedy-drama series about an American who moves to Paris. This series portrays the thick and thin an emigrator goes through to succeed in an offshore workplace. 2021 has been a rewarding year for the series as it reached the top ten most-watched streaming shows as per Nielsen. This series was also nominated for 10 various awards. In November 2020, the series was renewed for a second season by Netflix.

The Flight Attendant is an American comedy television series based on the 2018 novel of the same name. The plot revolves around an alcoholic reckless flight attendant who likes to spend her time with passengers and strangers. This series received critical acclaim for the retrospective flashback she goes through on finding a dead body in her hotel room. Among the various accolades this series received, Blake Neely, the music composer of the series, won the Primetime Creative Arts Emmy Awards under the category of Outstanding Original Main Title Theme Music. Season 2 is scheduled to premiere in the spring of 2022.

Stream it on: HBO Max

The Kominsky Method is an American comedy series that revolves around an aging acting coach. It portrays the steel of the actor who keeps others laughing as he tackles the hurdles life throws at him. This Netflix sitcom series stars Oscar winners Michael Douglas and Alan Arkin and was created by multiple Emmy winner Chuck Lorre. The final and third season premiered on 28 May, 2021. Nominated in the Outstanding Comedy series category at the 2021 Emmy Awards, this is one of the TV shows everyone should watch.

Lovecraft Country is a horror television series based on the 2016 novel of the same name. The plot revolves around a young black man who embarks on a journey to find his father. He is accompanied by his friend and an uncle. This series was nominated for several awards in 2021 and also won nine of them. It won the prestigious American Film Institute Awards under the category of Top 10 TV Programs of the Year. Season 2 titled Lovecraft Country: Supremacy was in development when HBO announced, in July 2021, that it is cancelled.

Mare of Easttown is an American crime drama limited series starring Kate Winslet as the title character. She plays the role of a police detective investigating murders, present, and past, in a small town. The series includes how the detective is faced with several personal issues like divorce and a son lost to suicide, and still makes it in life. Amongst many accolades that the film received, Kate Winslet received the Gold Derby TV Award under the category of Best Limited/Movie Actress.

#7 I May Destroy You

I May Destroy You is a British drama television series set in London. The cast for the film is predominantly Black British. The plot revolves around a twenty-year-old writer who seeks to rebuild her life after being raped. This series has been described by Metacritic as the most critically acclaimed TV show of 2020. The New York Times describes it as ‘the perfect show for an anxious world’. I May Destroy You is currently nominated for nine Primetime Emmy Awards 2021. This includes Micheal Coel’s nomination for Outstanding Writing for a Limited or Anthology Series or Movies. This is one of the best English TV shows to have come out in recent times. 8 underrated comedy web series that you should definitely watch 8 amazing new web series to watch when at home 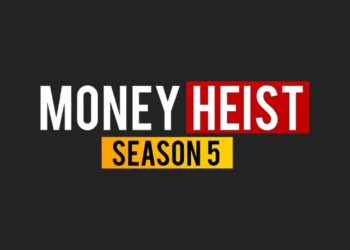