The Oscars is a dream for every film. Right from sending an application for the Oscars, being eligible for nominations, getting nominated, and finally winning the Oscar, it truly proves the steel of the film to make it there. Thanks to OTT platforms, these proven films come all the way, directly on our personal screens. Here are some Oscar-winning movies from 2021 that you can watch on various OTT platforms in India.

Ma Rainey’s Black Bottom is an American biopic based on the musical that goes with the same name. Ma Rainey is an influential blues singer, and the film is centred around a recording studio in 1920s Chicago. The film was announced alongside Washington’s Fences in 2013. However, the filming took place only in 2019. Ma Rainey’s Black Bottom stars Viola Davis as the titular character. This film is also dedicated to Boseman’s memoir as he died during the post-production of the film in August 2020.

Mank was the most nominated movie at the 2021 Oscars. The film is a biographical drama on screenwriter Herman J. Mankiewicz. Mank, which was released in November 2020, but was initially scripted in the 1990s. The filming of Mank that took place in November of 2019, was in the memory of the 1930s films and was shot in black and white, using the Red cameras. Mank stars Gary Oldman in the lead role.

Soul is produced by Pixar Animated Studios and released by Walt Disney. It’s a computer-animated fantasy comedy-drama directed by Pete Docter. The film is set in a music school and seeks to reunite a soul with the body. The film had been in development since 2016 and is based on the origins of human personalities. Soul had its world premiere at the London Film Festival in October 2020. Due to coronavirus, the film had a direct OTT release on the Disney+ Hotstar app. It’s a truly heart-touching film and one of the best Oscar-winning movies of 2021 to watch on OTT.

The film Nomadland is based on the non-fiction book Nomadland: Surviving America in the Twenty-First Century. True to its title, the film is about a widowed lady who leaves her hometown, post her husband’s death. The world closes the doors on her, and she travels like a nomad through the whole United States. The film had a world premiere at the Venice Film Festival where it won the Golden Lion. Nomadland also won the People’s Choice Award at the Toronto Film Festival. Nomadland stars Frances McDormand in the lead.

Tenet is a science fiction action thriller film directed by Christopher Nolan. The film was brought together as a collaborative production between the United States and the United Kingdom. Tenet took director Nolan more than five years to write the screenplay, post its announcement in the year 2014. The film stars John David Washington, Robert Pattinson and Dimple Kapadia, amongst many. The film had seen a series of hurdles on its release due to Covid-19 and was postponed thrice before its release. Tenet was the first film to release post the first wave of Covid-19 and grossed over $363 Million.

Minari’s plot revolves around a South Korean immigrant family, trying to make it in the rural United States in the 1980s. This film stars Steven Yeun and is written and directed by Lee Isaac Chung. Minari is also known to have a semi-autobiographical take on Chung’s upbringing. The film since its world premiere at the Sundance Film Festival in the United States on 26 January 2020, has garnered a lot of attention. Ever since the moment when the movie was conferred the Oscar, people all over the globe have been waiting for its digital premiere.

One Night in Miami…

Oscar: Nominated for the Best Actor in a Supporting role.

One Night in Miami… is an actualised account of the February 1964 event where few black men discuss the responsibility of being successful black men during the civil rights movement. In a first amongst the African-American film genre, One Night in Miami had a world premiere at the Venice Film Festival on 7 September 2020. The film portrays the four characters, who drive the plot till the end. One Night in Miami has a soulful ending, a fleeting moment but a lasting memory that will keep you clasped to the film, even after the climax. It’s one of the must-watch Oscar-winning movies from 2021 and can be streamed on the OTT platform Amazon Prime Video.

A musician’s strength is his hearing power but what happens when a heavy-metal drummer starts to lose his hearing power? Sound of Metal stars Riz Ahmed, a metal drummer who loses his hearing. The film is an American inspirational drama critically acclaimed for the screenplay, sound design and Ahmed’s performance. Sound of Metal had its world premiere in the Platform Prize program at the 2019 Toronto International Film Festival. The film subsequently was released by Amazon Studios in the theatres and is currently available on the OTT platform Amazon Prime Video. 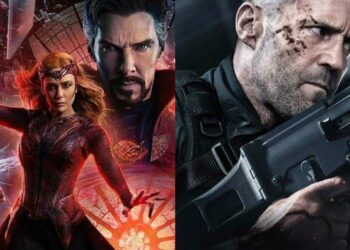