The biggest night for the international film fraternity, 93rd Academy Awards 2021, is sure to go down in the books of history. This year’s Oscars had some remarkable moments at the Union Station and Dolby Theatre, Los Angeles. In somewhat an Old Hollywood style, the event took place digitally and followed all the Covid-19 protocols. The 2021 Oscars had no host and the awards were simply presented by the previous winners. We have gone ahead and compiled a list of all the Oscar winners in 2021.

The ‘In Memoriam’ section paid tribute to all the veteran artists that passed away in the last year or so. The montage featured George Michael’s song “As”. It included legendary names like Sean Connery, Helen McCrory, Chadwick Boseman and George Segal. Indian film stars, such as Irfaan Khan, Bhanu Athiya (first Indian to win an Academy Award), Rishi Kapoor and Sushant Singh Rajput, were also included in the ‘In Memorium’ gallery.

This year’s Oscar event made history with women winning some of the big titles of the award ceremony. Additionally, quite a few Asian artists were also nominated and won. Chloe Zhao became the first female Asian director to win the prestigious title of The Best Director. South Korean actress Youn Yuh-Jung made history, at the age of 73, by winning her first Oscar for Best Actress In A Supporting Role.

Nomadland, The Father, Soul, Minari, Judas and The Black, Messiah, Tenet, Young Promising Woman, and The Trial of Chicago 7, are some of the movies that were under the spotlight of the Film Academy. Especially Nomadland which won the three big titles of the year; The Best Feature Film, Best Actress and Best Director Award.

Here’s a complete list of all Oscar award winners in 2021. This list also specifies the OTT platforms where you can stream these movies in India. 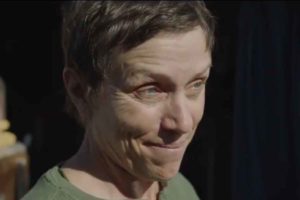 This year’s nominations included big names such as The Father, Trial of Chicago Seven, Promising Young Women, and Minari. It was indeed legendary for Nomadland to win. The celebration of female artists was a delight for everyone. Nomadland is currently available on the Hulu platform. It is slated to release on Disney+ Hotstar on 30 April, 2021. Among the other prestigious nominees, Chloe Zhao made history by becoming the first Asian woman, and the second woman ever, to win this prestigious title. Chloe Zhao is being acclaimed for her movie “Nomadland” globally. The movie went on to be one of the highlights of 2021 Oscar winners list. While great speculation was being made that Chadwick Boseman may win posthumously for Ma Rainey’s Black Bottom, Anthony Hopkins bagged the Best Actor Award for his performance in The Father. It was certainly one of the critical moments of 2021 Oscar and hence, this award was placed right at the end of the ceremony’s winners list. The legendary actor was not present at the event, but later, he posted a video with his speech of thanks. This is Frances’ third Best Actress Award which she was indeed deserving of. Her performance in Nomadland was highly acclaimed. No doubt, she won the award. She delivered a powerful speech and said “I have no words, my voice is my sword. We know that my sword is in our work and I love my work”. The Pixar Animation feature film Soul was in the spotlight. This animated movie bagged the Best Animated Feature along with the Best Original Score. The movie Soul is available for streaming on the premium section of the Disney+Hotstar OTT platform. South Korean actress Youn Yuh-Jung made history at the age of 73 by winning the Best Actress In A Supporting Role. She won the award for the Oscar-nominated South Korean movie Minari. This is her first Oscar Award. In a viral moment, she said during her acceptance speech that it was “nice to finally meet Mr. Brad Pitt” who was presenting the award. Best Original Song – Fight For You The Best Original Song Award went to ‘Fight For You’ that was featured in Judas and The Black Messiah. This song was sung and composed by the Grammy nominated and winner H.E.R. The Christopher Nolan directorial Tenet, won the award for Best Visual Effects. The movie is streaming on Amazon Prime Video.

You can even stream other nominated movies on the following OTT platforms
The Trial Of Chicago 7 – Netflix
Mank – Netflix
If Anything Happens, I love you- Netflix
Soul – Disney+Hotstar.