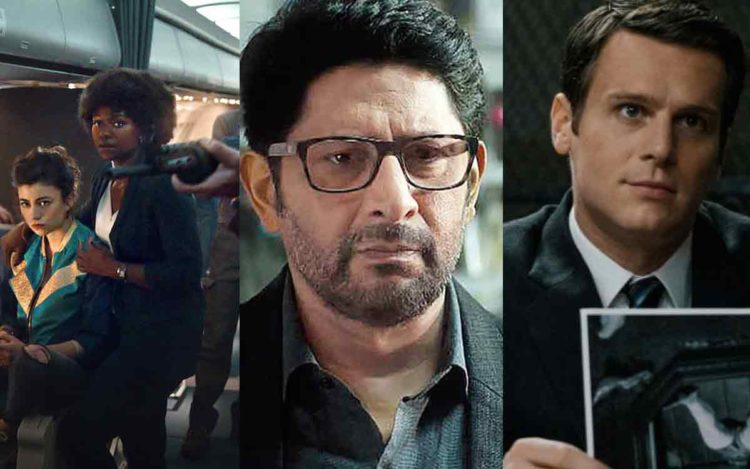 The thriller genre has given some gems to the entertainment industry. They are full of suspense, mystery, and surprises that boost the adrenaline of the viewers on a boring night. Thriller web series too keep your attention hooked to the screens till the end. The exciting nature of these series always takes you by surprise. Breathtaking sequences and layered plotlines make them interesting furthermore. Here are some thriller web series that you should definitely watch on an OTT platform.

The two seasons of this thriller web series on the OTT platform Netflix revolve around real-life criminals and the FBI’s Behavioral Science Unit. Based on a true crime book by the same name and created by David Fincher, Mindhunter is one of the best psychological crime series. The slow-paced movement of the series is rewarding in form of the story and subplots. There are details from real incidents which are put into portrayal, which is not for the faint-hearted. The series’ interesting premise will hook you immediately.

Arshad Warsi’s debut in the OTT space was made by the mythological thriller web series Asur. The premise of the story is set in the gullies of Benaras. What makes the plot even more interesting is the connection of the modern-day serial killings to the mythological past and the history of the characters. Vishesh Bansal, whom we last saw in TVF’s Yeh Meri Family, delivers a surreal performance in this series. Asur picks up the untapped and potentially great genre of mythology and works wonders with it.

Where to watch- Voot

Dealing with the sensitive topic of rape, Unbelievable present the case of a victim and female police officers investigating it. The series doesn’t eschew the harsh reality that a victim goes through. At the same time, it also presents the hard work that the police puts through for catching the offender. It is one of the must-watch crime thrillers on Netflix.

Before the celebrated Criminal Justice: Behind Closed Doors released, the series had a previous season that went unappreciated. Criminal Justice is a remake of a British television series with the same name but set in India. In this series, a twisted turn of events leads an innocent man into jail and what follows forms the base of the series. We witness some amazing performances by Vikrant Massey, the charmer Pankaj Tripathi and Anupriya Goenka.

Where To Watch- Disney+ Hotstar

The Belgian Sci-Fi thriller, Into The Night, follows a very interesting topic of an apocalyptic world. The intro music and background score help deliver a power-packed thriller that holds your breath at all moments. The fast-paced series features 6 episodes that are dedicated to the six passengers on the airplane. The engrossing series is a must-watch.

One of the underrated series of 2020 was Sachin Pathak’s directorial A Simple Murder. Filled with humor and confusion, the story takes interesting turns every now and then. Zeeshan Ayyub, Priya Anand, Sushant Singh deliver some great performances in the series. A catastrophic moment changes the lives of the characters who care about nothing more than themselves. The climax of this web series is something to look forward to.

Where To Watch- Sony Liv

Anushka Sharma’s production house Clean Slate Productions always picks up fresh and interesting plots. It presented the audience with a much-nuanced web series, Pataal Lok. The story shows the insights into the lives of individuals, both the criminals and the investigators. At the same time, it also carries with it the fascinating investigation of the underworld criminals. It encompasses with itself some powerful dialogues that indeed raise the question of our social outlook. Jaideep Ahlawat, Abhishek Banerjee, Neeraj Kabi deliver some top-notch performances. Truly, it’s one of the best thriller web series to have come out in recent years on OTT.