With the pandemic on a high, people are having to stay at home and watch movies for recreation. They search for hours on their streaming apps, keep checking the ‘Coming Soon’ section to know what’s new to watch. But we thought of saving you some time and highlighting the movies which have newly released on various OTT platforms in India. Here are the fresh OTT releases for this weekend, the last weekend of April 2021. Sit back, relax and don’t feel bored this weekend. 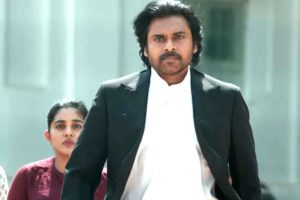 Vakeel Saab, starring Pawan Kalyan, is a legal drama that was released on April 9,2021. This movie is a remake of the 2016 Bollywood film Pink. Directed by Venu Sriram, Vakeel Saab co-stars Nivetha Thomas, Anjali and Ananya Nagalla, who play the role of Pallavi, Zarina and Divya respectively. The three of them are independent working women and live together. This is Vakeel Saab’s producer Dil Raju’s first movie featuring Pawan Kalyan. It is one of the most exciting OTT releases this weekend.

Vakeel Saab will be available to stream on the OTT platform Amazon Prime Video from 30 April 2021. 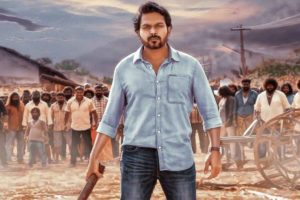 This action/romance flick stars Karthi, and Rashmika Mandanna, and is the story of Vikram, who is raised by a group of criminals. This original Tamil film is directed by Bakkiyaraj Kannan and he ensured that the movie has ample doses of action and hero elevation scenes to satisfy Karthi’s fans. Sulthan was originally planned to release later this month but has been preponed by two days and made it to this week’s picks.

The Telugu version of Sulthan can be streamed on the OTT platform Aha from 30 April 2021. If you want to watch the Tamil version, you can do so on Disney+ Hotstar from the same date. One is a political thriller starring Mammootty in the lead role. The Malayalam film discusses political ideologies and shows the journey of a Chief Minister’s transformation. This political thriller is nothing less of a sensitive and morals-driven film, clamped with a message. The movie One had its theatrical release a month back and was received well at the box office.

Mammootty fans can stream One on Netflix, where it released on 27 April 2021. The Disciple is the only Indian film to have competed at the 77th Venice International Film Festival after the 2001 movie Monsoon Wedding. This Marathi film has received the Venice Film Festival’s Best Screenplay Award. It was even screened at the 2020 Toronto Film Festival. The Disciple revolves around the life of Sharad Nerulkar who aims at achieving excellence as an Indian classical music vocalist. Alfonso Cuaron of ‘Gravity’ fame serves as the Executive Producer of this film. The Disciple is one of the best OTT releases this weekend and shouldn’t be missed.

The Disciple will release on Netflix on 30 April 2021. The John Abraham starrer Mumbai Saga is an action crime movie. The film is set in the 80s and 90s where mills were being shut to build malls. The film released last month in theatres and didn’t perform as expected commercially due to night curfews and lockdowns being imposed in Maharashtra. If you have been missing Yo Yo Honey Singh for a while, watch this and you are back on track. While not the best film on the list, it is not a bad time-killer if you like gangster movies.

It became available on Amazon Prime Video on 27 April 2021.

#6 The Mitchells vs. The Machines Welcome to an American computer-animated science-fiction comedy film. The story is about Katie Mitchell, an aspiring filmmaker, and her dad Kick, who just want to find a reason to fight. The movie The Mitchells vs. The Machines released on 10 January 2020, and it took more than a year for its OTT release. If it has been a while since you watched a movie with your kids, this is one you should not miss. This is one of the OTT releases this weekend that you can watch with the entire family.

This highly entertaining movie will be available on Netflix on 30 April 2021.