Season 1 of the 2019 Hindi-language web series, Kota Factory, had a grappling hook over scores of students in India for the in-depth and apt story it narrated of theirs. Since the Season 1 release a year ago, Season 2 of Kota Factory has been most awaited. After a long wait, Netflix India released the trailer and release date of Kota Factory 2.

The trailer hints of no end to the trials and tribulations of Vibhav, Balamukund, and Uday at the coaching center. To add to everything that is already going wrong in their lives, the students are informed that their Physics teacher, Jeetu Bhaiya, will no longer be associated with the coaching center.

Now that you have three weeks of wait time, until 24 September, here are 5 other web series to watch if you have loved Kota Factory.

TVF Pitchers is a 2015 Hindi language web series that revolves around four working professionals. Naveen Bansal, Jitendra, Yogendra, and Saurabh Mandal, aspire to develop their own startup. The plot is a depiction of the life and hardships of an aspiring entrepreneur. The first season’s five (all) episodes are available to stream on YouTube. Post its release, the show was heavily compared to the American TV show, Silicon Valley.

Panchayat is a comedy-drama that depicts the life of an engineering student who ends up working for a panchayat because he is unable to find a job of his calibre. To keep it original, this web series was shot in a real panchayat in Madhya Pradesh. The web series won four awards, under the Comedy Series category, at the inaugural ceremony of the Filmfare OTT Awards. Additionally, its writer Chandan Kumar was nominated for Best Original Story, Screenplay, and Dialogues awards respectively.

Laakhon Me Ek, which translates to one in a million, is a depiction of an individual fighting the odds to live a life of passion and fulfillment. Two seasons have been released and all the episodes are available to stream on Amazon Prime Video. Season 1 depicts a young teenager wanting to pursue his passion for making mimicry videos. But his father forces him into a coaching school to get into the IIT’s. Season 2 revolves around a doctor who fights the system, and the government, to ensure adequate healthcare in her village. This is one of the web series to watch if you loved Kota Factory.

Aspirants is a 2021 Hindi language coming of age web series produced by The Viral Fever. The show is a depiction of the past and present of three friends who aspire to crack the UPSC examinations. While the past in the series talks about their struggles to crack the examination in Old Rajinder Nagar, Delhi, the present talks about the reality of life outside of the Rajinder Nagar as adults. All the episodes are available to stream on the TVF YouTube channel.

This is for those who loved watching Sanjivani. Dice Media’s medical drama Operation MBBS brings back the drama in a doctor’s life, especially during their college days. It tells the story of three first-year MBBS students, from diverse backgrounds, who have their own reasons for pursuing MBBS. The series is an out-and-out depiction of mischief, ambition and anxiety, and in-depth practical exposure to medical education. 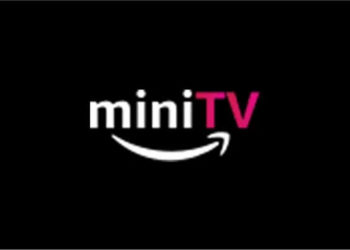