India is going through a tough time with the rising Covid positive cases. During this time, we certainly need to be more cautious than usual. One may wonder what to do if they are asked to remain indoors. It is important that one tries to keep themselves calm and occupied. A solution is catching up on the latest entertainers online; just for a much needed break. Here is the list of five OTT movie and TV show releases to watch out for on Amazon Prime platform the coming week of April 2021. Saina is a biographical sports drama of badminton player Saina Nehwal. It stars Parineeti Chopra, in the title role, is directed by Amole Gupte (of Stanley Ka Dabba fame) and is co-produced by T-Series. Saina will premiere on Amazon Prime on 23 April, 2021. Saina released in theatres last month and made Rs 1.16 crore in box office collections. The series ‘Invincible’ is based on an action-drama, superhero-thriller comic book character, of the same name, created by Robert Kirkman. All episodes of Invincible have been released, since launch, on Amazon Prime. Invincible Episode 7 will be released on 23 April, 2021. This is a Kannada-language action thriller film starring Darshan and Jagapathi Babu, under the banner of Umapathy films. It has had a massive success on the big screen and is all set to release on Amazon Prime. The movie was accepted by fans and critics alike and drew positive feedback from all corners. Roberrt will stream in five languages – Kannada, Telugu, Tamil, Malayalam, and Hindi – on 25 April, 2021. It is one of the must-watch regional OTT releases on Amazon Prime in April 2021. Boman Irani, along with other cast members, delights you with some timely humour, packed with games and activities. This show also stars Arshad Warsi and Kusha Kapila. LOL Hasse Toh Phasse has its storyline based on ace comedians competing as rivals to each other. This 6-hour comedy show tests the steel of a comedian to withhold their laughter leaving the rest to go. LOL is scheduled to release on Amazon Prime on 30 April, 2021. 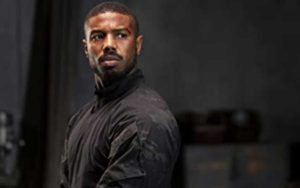 Without Remorse sees its inception from a novel. This book-converted novel engulfs a plot as a Naval seal seeks justice for his murdered wife. Michael B Jordan-starrer ‘Tom Clancy‘s Without Remorse‘ is all set to release on the OTT platform Amazon prime on 30 April 2021 and is one of the most-exciting OTT releases of this month.