5 must watch Telugu movies in the last one year that no one can miss: The recent trends in Tollywood have been truly encouraging. With many new young directors turning the tide, a fresh vibe seems to be taking over the T-town and a handful of brilliant films, which released in the last year or so, stand as a testimony to this very fact. Unlike the olden days where regional cinema had several constraints in reaching a wider span of audiences, Telugu films nowadays (thank god for the internet!), are being watched and appreciated by a multitude of film lovers across the globe.

The past few years have witnessed newer concepts being tried out at various levels in Telugu cinema. While a few such as Mahesh Babu’s 1 Nenokkadine couldn’t quite hold the crowds captive, films like Awe received a widescale appreciation. Here are 5 such Telugu films in the last year (released after June 2017) that need to be watched by film lovers, irrespective of the language barriers.

5 must watch Telugu movies in the last one year that no one can miss: A movie that took the box office by storm last year, Arjun Reddy broke multiple stereotypes and emerged as a true gamechanger in Telugu cinema. From a gripping plot to the rip-roaring performances by the lead actors, Arjun Reddy gives numerous reasons to vouch for it. Rangasthalam currently stands as one of the biggest blockbusters this year. Starring an uninhibited Ram Charan in the lead, this film blew away the audience with its brilliant narrative and heart-touching emotions. Portraying the life story of legendary Indian actress Savitri, Mahanati struck a major chord with the Telugu audiences. Hailed for its sensitive way of dealing with the concept and top-notch filmmaking, this Keerthy Suresh starrer is one of the best biopics in recent times. 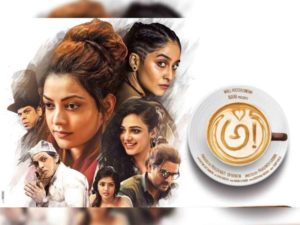 Amidst all the mainstream commercial lot that deals with the grisly revenge sagas and melodramatic love stories, Awe comes as a rejuvenating fresh breath of air. A movie that is considered to be a gem in various aspects, Awe is a small-budget film that truly leaves the film-lovers awestruck. Fidaa, which was made on a relatively modest budget, ended up making huge margins of profits in 2017. This Varun Tej and Sai Pallavi starrer, thanks to its relatable and convincing storyline, impressed audiences across all age groups. Andhra Pradesh, on Wednesday, reported 1062 new COVID-19 cases, marking a slight dip in numbers as compared to the previous... In order to review the progress of NAD Flyover in Vizag, a meeting was held at the Visakhapatnam Metropolitan Region...