14 Tollywood actors and when they took a shot at singing

14 Tollywood actors and when they took a shot at singing While a wicketkeeper-batsman is uniquely celebrated in cricket, actor-singers too are celebrated in similar lines. Versatility maketh true talent. In an attempt to take entertainment to the next level, these well-established Tollywood celebrities have occasionally taken to the recording studio in their careers. Here are the Tollywood actors showcasing their singing abilities with these songs.

The song Kaatama Rayuda is from the 2013 film Attarintiki Daredi. The song was composed and written by Devi Sri Prasad.

The song Kodakaa Koteswar Rao is from the 2018 Tollywood film Agnyaathavaasi. The film also stars Pawan Kalyan in the lead.

The song Yaandiro is from the 2015 Tollywood film Dongaata. The film casts Lakshmi Manchu in the lead, and the film is also produced by her.

The song Follow Follow is from the 2016 film Nannaku Prematho. Jr. NTR himself plays the lead in the movie.

The song Notanki is a party song. Anyone listening to the song is bound to dance to the beats of the song. The film is from the Tollywood film Power.

The song Jigidi is from the Tollywood film Guru. The film, which was not actually planned to be sung by actor Venkatesh, was a spontaneous decision by him.

The song Bangaru is from the Sai Dharam Tej starrer Tollywood film Jawaan. While Raashi Khanna doesn’t feature in the film, she only gave her voice for the song. She is one of the few Tollywood female actors to take a dig at singing.

The song Kotha Kotha Basha is from the 2016 Tollywood film Nirmala Convent. While Akkineni Nagarjuna doesn’t feature in the film, he only renders the song.

A song on Chai, the song Ye Chai Chatukkuna is from the film Mrugaraju. A film from the early 2000s, the song is full of colours and engraved in the minds of Andhra’s traditional folk. As far as Tollywood actors singing goes, this is one of the most iconic songs.

The song Mama Ek Peg La sung by Actor Balakrishna is from the 2017 film Paisa Vasool. A post cocktail song it is, the song stands the test of time even today. The legendary actor Balakrishna also participates in music shows, and never misses an opportunity to sing.

The song Maa Daddy Pockets is from the 2011 film Oh My friend. The song describes the situation of a college-going student. This song by Siddarth perfectly describes a son trying to seize every opportunity to grab his father’s money for mundane purposes.

The song Lachamma is from the Nithin starer 2012 film Ishq. While the song was not only sung by Nithin, the song was also sung by Murali, Anup Rubens and Thagubothu Ramesh also.

The song Yevevo Kalalu Kanna is from the Akhil starrer Tollywood film Hello. This song is also Akhil’s debut in singing. He had also performed at the SIIMA awards functions.

The song America Girl Ayna is from the film Geeta Govindam. While the movie version of the song didn’t have Vijay Devarkonda’s voice, the initial song released had his voice. The song drew a lot of criticism and mockery invariably leading the filmmakers to reshoot the song with another artist. 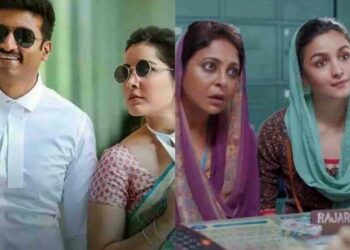