From Vishal to Raj Tarun, list of 12 actors from Vizag

From Vishal to Raj Tarun, list of 12 male actors from Vizag who lit up the silver screen Vizag has been a pool of talent for the South Indian film Industry. Be it the directors or the actors, filmmaking has always been a part of Vizag given its location and scenic beauty. The beaches, the parks, and the malls have turned a sweet spot in various films. Vizag has been a part and parcel of filmmaking, and so have the people who have turned towards acting as a career. The contributions of versatile actors from the city, including Gollapudi Maruthi Rao and KPV Prasad Rao aka Vizag Prasad, to the film industry, remain irreplaceable. Taking a look back, here are several other actors from Vizag who have lit up the silver screen. 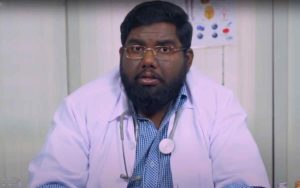 Harsha Chemudu started as a comedian in a popular web series Viva. And since then he got the name, Viva Harsha. Ever since his web series went viral, has only pushed over the ladder of versatility. Harsha has been a part of web series, shows, movies, and events. His versatility has been liked by directors, fans, filmmakers, and producers, and since then witnessed an upward trend in his career. Harsha’s famous works include Colour Photo, where he played a peculiar role from the comedy genres he usually plays. Viva Harsha is also the host for the show Tamasha with Harsha on Aha.

Who could have dreamt of meeting a director at an airport and turning that encounter into a film career? Vamsi Krishan a noted villain character in Telugu and Tamil film industry indeed bumped over Director Gautham Menon at the Hyderabad airport. He was offered a police role in a 2014-film Garshana, and since then he decided to make a career in the industry. Actor Vamsi is said to have acted in more than 50 movies. He also was the lead actor in the film Oka ‘V’ Chitram. Vamsi Krishna has over 5 movies coming up in 2021. He was recently seen playing a significant role in the blockbuster film, Vakeel Saab. A popular person amongst the Vizagites, Raj Tarun was born on 11 May 1992 in Visakhapatnam. Tarun debuted with the movie Uyyala Jampala in the year 2013. Before he got into films, he has around 52 short films to his credit and has acted in Cinema Choopistha Mava and Kumari 21F subsequently. Raj was also seen in parts of Seethamma Andalu Ramayya Sitralu and Majnu. His 2020 releases include Orey Bujjiga that was released digitally on Aha. Raj Tarun will also be seen in the 2021 movie Power Play. 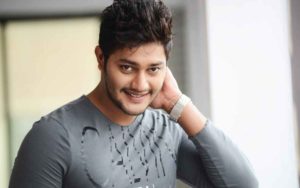 Gajuwaka, Visakhapatnam was where Prince Cecil spent his childhood. This Big Boss contestant is famously known for the film Bus Stop. Prince has featured in various Telugu movies since his debut in the year 2012. Romance and Jabardast are Princes are two very famous movies. The noted actor will also feature in the 2021 film Power Play. 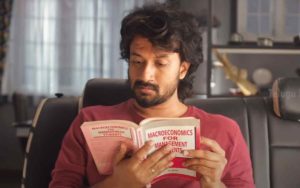 The list of actors from Vizag is incomplete without Satyadev. Started as a supporting actor, he now plays lead roles in Telugu films. Satyadev is known to all the Vizag people with the short film career that set him on the tracks. His life took a turn when he was selected among 500 artists who auditioned for a role in the film Jyothi Lakshmi. Adding a feather to his versatile talent, Satyadev also worked as a virtual design architect for IBM and VMware before foraying into acting. 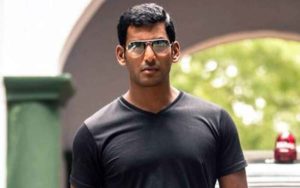 Very few people are aware of this fact. Tamil actor Vishal Krishna was born into a Telugu-speaking family, to father PVR Reddy and mother Janaki Devi. Vishal was born in Visakhapatnam, Andhra Pradesh, and later shifted to Chennai. Vishal’s best performances include Irumbu Thirai and Villain. The noted actor has been in the film industry since 2002. Vishal also took interest in politics and filed nominations for the RK Naga constituency in Chennai. Satyam Rajesh is a comedian from the South Indian film industry. The actor is said to have more than 500 films to his credit. The actor was first seen in the 2002 film Jorugaa Husharugaa. A feather on the cap to his illustrious career, Satyam was nominated for the Nandi Award for Best Comedian. 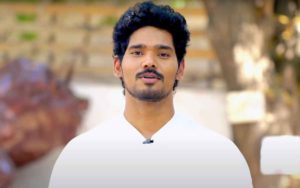 Sudhakar Komakula is famously known for the role he played in the film Life is Beautiful. Sudhakar started as a dancer and bagged his first role in the year Manasutho in the year 2002. He later went on to act in a thriller Hang Up! and a romantic drama Vandile Manchi Kalam Mundu Munduna. The noted actor also acted in the 2021 movie Krack. Raja Abel was born to a Tamil family in Visakhapatnam. Raja debuted with the 2002 film O Chinadaana. Since then, he has acted in more than 30 films. He was part of the 2005 film Anand and Vennela. Raja was last seen in the 2016 film Parking. It was only last year, did the actor openly speak on the TV show Ali Tho Sardaga and revealed why he quit the industry. 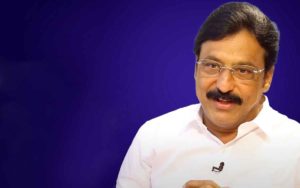 Dr Srinivas is a Telugu film actor and his works have been released in Tamil, Kannada, and Malayalam. He was the senior Group 1 officer of the cadre of the Joint Collector Vizag. An actor, eloquent speaker, soulful singer, and bureaucrat, Dr Satya Sai Srinivas has been a part of many Telugu films. Out of them, the 2019-film, Ismart Shankar stands out. This eminent artist was last seen in the 2020 movie ‘V’. Sudhakar Sunhalekha is an actor and voice actor originating from Visakhapatnam. He is known for his television acting in the Telugu and Tamil industry. Sudhakar has more than 100 films to his credit. He was first seen in the film Subhalekha, which gave him the screen name Subhaleka Sudhakar. An affluent actor that he is, Sudhakar has been a part of 5 films that were released in the year 2021. Sudhakar was recently seen playing a significant role in the film Vakeel Saab. Sameer Hassan is a noted supporting role artist from Visakhapatnam. He is known predominantly for his role in Telugu TV serials. Sameer debuted his silver screen performance with the film Subha Sankalpa in 1995. Along with his TV serial presence, the Hassan couple also won the finals of a Telugu reality show Mogudu Pellams. Sameer was experimental in ways and was part of the Season 1 of the Big Boss show. The actor was recently seen in the 2021 film Alludu Adhurs, and awaits the release of Idhe Maa Katha.