Getting to know the Yo! Vizag team 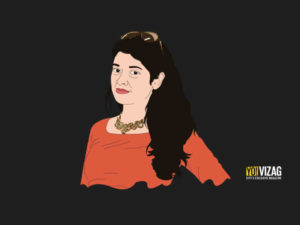 Don’t fall for her sweet smile and soft tone of voice, because right behind that façade is the boss, the leader, who puts the show together. From dealing with story ideas to overseeing design and often getting to the nitty-gritty herself, she works hard and makes you do so too. Putting her heart and soul into everything she does, she is also a foodie, an entrepreneur and a great leader of Yo Vizag. 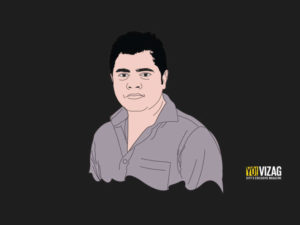 Yo Vizag’s second in command, Vishnu is the leader whom every team member thinks twice before approaching. While his response to anything you ask is a quick “yes,” the experienced know that he will carry out the task only in the last minute. He might keep you waiting, but the end result is well worth it. Whether it’s strategising, ideating or designing, you’re sure to get the best. And yes, he also treats the team to occasional fun surprises. Often quizzing us with current affairs, Kusumlata, keeps us on our toes with the latest happenings. A joy to be around, she jumps into brainstorming sessions with a lot of enthusiasm. As she prods everyone towards deadlines, she slyly reminds us to execute the story she suggested. Popular for the tadka of love, she enjoys treating the team to their favourite foods. And, if she happens to make it herself, you’re sure to skip the next meal. 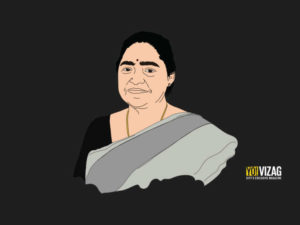 She is the no-time-for-jokes, absent-minded busy-body who rarely makes an appearance in office. Belonging to the old-school of thought, where ‘k’ is definitely not okay, Uma has been associated with Yo Vizag since its inception. A Grammar-Nazi with memory like a sieve, she’s fondly referred to as the ‘English Ma’am’. And true to her title, she ploughs through contributions from interns and hobbyist writers, ruthlessly editing, often making sense out of nonsensical compositions. 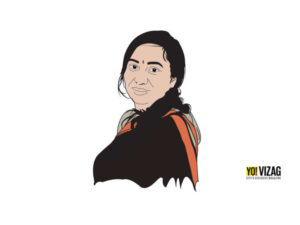 Bankable, committed and willing to go to any length to cover a story, the voice of reason and defender of the magazine’s editorial reputation, Jaya is the Rahul Dravid of Yo Vizag From penning down ideas for stories to making the final edits before the much-awaited time for publishing the magazine, she stands as the high-spirited torch-bearer of the team. Not to forget her supercalifragilisticexpialidocious Telugu reading skills that get the office quirked up with laughter. 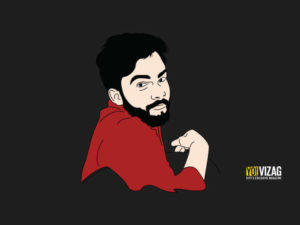 Famous for his on-the-spot memes, Teja is the name behind many of the web stories you read. Christened at Yo Vizag as the ‘comma’ man, he’s literally spot on with punctuations. He will engage you with lengthy Grammar debates, especially if you miss a comma. A nose for news and a strong style of pedantic writing are his forte. A user of new lingo and fancy jargon, he’s great with ideas and knows the pulse of what our readers want. 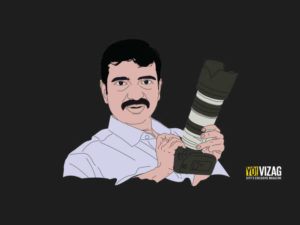 An old hat with Yo!, Sridhar is the calm persona who always has a smile on his face and lets his work speak for himself. While he seldom says no to anything you ask him, whatever the assignment may be, photos tend to stay with him for weeks together, much to the designer’s chagrin. And yes, his sweet smile and demeanour makes it difficult to find fault with him. 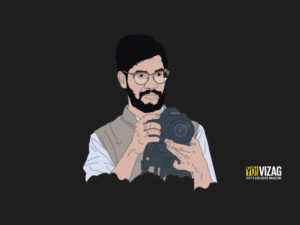 Lean, lanky and always smiling, Kalyan’s photography skills often grace the front cover of Yo! Restless until he gets that perfect shot, he’s notorious in making people “hold that pose” till he’s pleased with the picture. If you do plan to invite him for lunch, skip the veggies, as he would feel let down if non-veg isn’t on the menu. 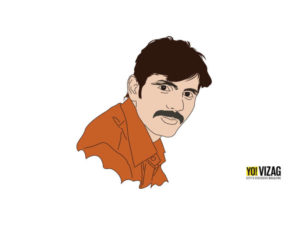 With the pendulum of his displeasure oscillating between, “The content is too much for the design” to “there’s barely any matter here,” Janardhan’s throne oversees layout and design at Yo! When he’s burnt out, this movie buff juggles between listening to Illayaraja’s music to watching reality shows. Working with him can sometimes get crazy but he’s the dependable one, especially when you have a short deadline and need to put in hours that stretch into holidays. 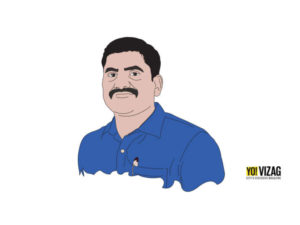 The Krishna of the official chariot, good-mood days can get you anything you want from Satish, ranging from Samosas from the corner shop to dropping you to far-flung places. Besides secretly signing up for the Formula One Race, Satish is the official loyalist at Yo! who also looks after the distribution of magazines. Our very own ‘Moolah Man’ he gets us the green by collecting cheques from our very special clients. 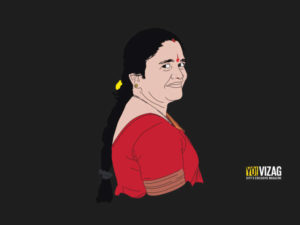 Playing the extremely crucial role of keeping the Yo Vizag team well-hydrated with theine, caffeine, juices and water, Lakshmi is pleasant and caring, as she looks after the often-impossible job of keeping track of papers, books and all the stationery. Forever in a rush to go home early, be wary of the sugar balance of her brews, which can literally tip the scales.