Yarada Beach: A synonym of peace in Visakhapatnam

Yarada Beach: A synonym of peace in Visakhapatnam 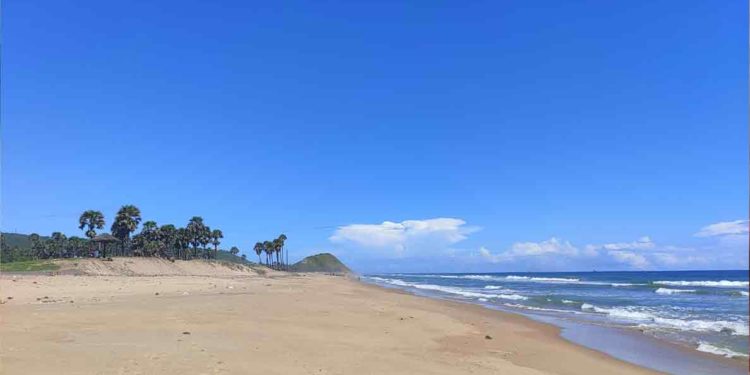 One of the secluded beaches of Visakhapatnam, Yarada Beach offers something very different from what the citizens are used to. No matter what time you come here, peace is a constant. Located on the other side of Dolphin Hill, this beach might not be easily accessible to the people living in the city but it’s so worth the journey. The ride to this magnificent beach, via Dolphin Hill, in itself, offers some breathtaking views of the sea as well as of Vizag city. But in many ways, Yarada Beach is quite like the typical image of a beach that we hold in our minds.

How to get there

One of the most beautiful places to visit in the city, there are two possible routes to Yarada Beach from Visakhapatnam centre. The popular route is from the Naval Park where you take the Dolphin Hill Road and Yarada Road to the beach. Another route is from the Naval Sailors Colony in Gandhigram that conjoins the same Yarada Road. This route, although single-laned, witnesses low traffic and is easier on two-wheelers. For four-wheelers, like cars and vans, the other route is preferable. The same Yarada Road is also the way to get to Gangavaram Port which lies further ahead. 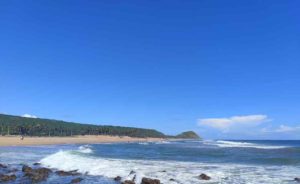 Usually, it takes half an hour, to an hour, to reach Yarada Beach from the city. Depending on the route you pick, it can take you more or less time. Visitors travelling during the dark need to take caution as the ghat stretch of this route is not the easiest to drive. Visitors might face network issues during the journey and hence, it is recommended that the route to the beach be downloaded prior to beginning the journey.

The best time to go is during the morning when you can catch a spectacular sunrise over the sea. However, any time you choose to visit this beach, it immerses you with its pristine sands and calm environment. On a sunny afternoon, the beach acts as a refuge to many visitors who enjoy the cold breeze from the sea. At night, plenty of ships and other vessels can be seen in the sea from this beach, glittering against the blackness of the water.

What to do at the beach

Yarada Beach is the photographers’ paradise. Many professional photographers come here to capture the beauty of this beach and its surroundings. Tourists also indulge in some photography here. On any typical day, one can find many images of Yarada Beach on social media. The serenity at the beach is ideal for those who want to take some time off from urban life and relax. Less popular than beaches in the city, like RK Beach and Rushikonda Beach, Yarada doesn’t have a lot of facilities. The strong current and the rocky nature of the beach means that it’s not safe for visitors to venture into the water.

A handful of vendors can be found during the day at the beach, selling coconut water, muri mixture and various other things. Certain shops also sell grilled fish here. However, tourists should keep in mind not to litter at this beach and malign its pristine beauty. The beach is lined with huts where people can sit and enjoy picnics. Lodging and eating facilities are also available nearby. Dream Valley Beach Resort, located by the beach, is the only place of note where people can grab a meal.

Looking into the future of Vizag, Yarada Beach can be seen as one of the prime tourist spots in the state, not just in the city. Having a good name, among the people, it shouldn’t be a surprise if this beach throngs with crowds sometime in the future. It is one of those places that should be on everyone’s list when they visit Visakhapatnam. From shopping to trekking, places to explore in and around Gajuwaka