in Travel
Reading Time: 3 mins read
A A
0 It’s well known that Vizag hosts a lot of talented photographers. Many of these photographers regularly cover various tourist attractions in the city. While Vizag has an abundance of tourist places, certain ones are more photography-friendly than others. These places are wonderfully captured by photographers who amaze everyone with their beautiful clicks on social media.

Here are 6 tourist places in Vizag that are ideal for photography: While there might be many tourist places in Vizag, Tenneti Park has been on most people’s minds of late. Especially after the Bangladeshi cargo ship MV MAA washed ashore near the park last year. The ship has been stuck there ever since and has been a favourite photography spot for many. The Dolphin Hill in the city might not be visited by many people but it is certainly a favourite among the photographers in Vizag. The top of the hill is one of the best vantage points to view this beautiful city. The lighthouse situated on the hill is also very photogenic, visited by plenty of heritage enthusiasts. Apart from being a prominent religious site in Visakhapatnam, Ross Hill also plays host to many photographers. From this hilltop, you can see the whole of Visakhapatnam on one side and the city harbour on the other side. The Ross Hill Church itself is a popular photography spot, for its interesting architecture as well as its combination of blue and white colours. 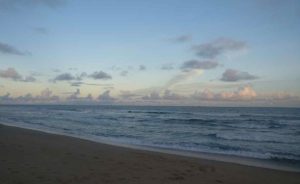 While Rushikonda and RK Beach hog most of the limelight in Vizag as the most popular tourist places, Yarada has its own set of loyal visitors. Though it is a little secluded, this pristine beach is where you get to experience nature in its purest. Hence, this beach is popular among the city’s photographers too, who come here every now and then to catch an amazing sunrise or to just cover the sea waves. A few years back, Rushikonda Beach used to be one of the places not many people went to. It was a little far from the city and didn’t have many facilities. But in recent times, this beach and its surroundings have seen a lot of changes. More and more people have been drawn to this place. Especially after the beach received its Blue Flag last year. The beach, paired with the Rushikonda Hill, is the perfect frame for a nature photographer. In contrast to other beaches in the city, RK Beach offers something different. Here, photographers get to capture the hustle and bustle of the city interacting with the peaceful appearance of the sea. This beach is also a favourite spot for time-lapse photography. But the most popular of the images are the ones that capture the sunset in the background, with the lights taking over in the city.