World Suicide Prevention Day was created in 2003 by the International Association for Suicide Prevention (IASP) and in conjunction with the World Health Organization (WHO). It is observed each year on 10 September to create awareness, reduce stigma and improve access to help to those who need it the most.

Whilst suicide is preventable, it is sadly a growing problem and the numbers tell a shocking story. The WHO estimates that someone takes their own life every 40 seconds. That’s about 8 to 10 lakh people worldwide every year. Suicide is the leading cause of death for people aged between 15 to 29 years and, for every suicide that results in death, there are as many as 40 attempted suicides.

The triennial theme for the day (2021-2023) is “Create hope through Action”. This theme is designed to instil hope in all of us by reminding us that there is always an alternative to suicide.  As part of families, communities, states and nations we can all play a role in building and spreading the message by understanding, educating and supporting people experiencing suicidal thoughts.

People experiencing suicidal thoughts are often labelled as weak and/or attention-seeking. There is often a lack of clarity between suicidal attempts and completed suicides. Despite the recent national decriminalisation of suicide and DSH, ignorance prevails and so does the negative public perception of openly speaking about the issue/stigma. Speaking about or seeking professional help for mental health is still either frowned upon, trivialised or stigmatised and so, heavily discouraged. Many people still believe that asking someone in distress whether they are experiencing suicidal thoughts may actually give them the idea and/or encourage them to act upon them. Another extremely common misconception held largely by even educated folk and across socio-economic strata in the country.

Suicide can be impulsive or planned, due to long-term or short-term problems. History of depression, anxiety, psychosis, previous attempts of self-harm, and alcohol or substance abuse is the more well-known and long-term risk factors for suicide. However, stressful life events (such as the loss of a loved one, legal, financial troubles, or financial difficulties) and interpersonal stressors (such as shame, harassment, bullying, discrimination, or relationship troubles) can contribute to impulsive or planned acts, especially when they lead to feelings of helplessness and entrapment. This is perhaps why suicide is so widely seen across cultures, professions, gender, age and economic background. Be it a farmer in an Indian village, business magnates, actors Jia Khan, Sushant Singh Rajput or Robin Williams or Heath Ledger, the list goes on.

Deliberate Self Harm (DSH) is a term coined for non-lethal attempts of suicide (aka attempted suicide/suicidal behaviours); here the intention may be to end life or many times, to relieve extreme emotional distress- the latter is often mistaken for attention-seeking behaviour. Nonetheless, studies have shown that asking people about suicidal thoughts and behaviours does not cause or increase such thoughts. Thus asking someone directly, “Are you thinking of killing yourself/ending your life?” can be the best way to identify someone at risk for suicide.

We can all play a role in supporting those bereaved by or experiencing suicidal crises whether as a member of society, a friend, colleague, child, parent or professional. We can all encourage understanding about the issue and reach out to those struggling the most. Thus we can create hope through action no matter how big or small and be the light for someone in need.

The day lastly highlights the importance of setting suicide prevention as a priority public health agenda by countries to envision a world where suicides are not so prevalent. 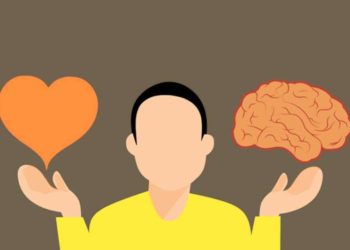