VISA to work towards Vizag as the First Cashless City 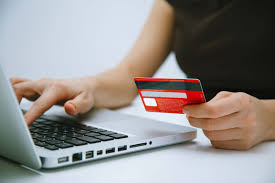 Vizag city, a first mover in embracing new technology, ideas and more. In a revolutionary step Vizag is soon to become the first cash less city. The initiative comes from IT Minister Nara Lokesh. The video conference with representatives of VISA company was a step towards this. The move seeks to make transactions cash less in the Vizag city. The agreement moves towards taking up Vizag as the pilot project for a cashless city model by VISA Company. The step could spell a major modern boom for our city. The date is October 9th.

The pilot project has generated very good response from people. The proposal is to remove surcharge from cashless transactions. This is aimed at encouraging people to adapt to a modern economic practice. Vizag would set an example for other cities and Nara Lokesh has expressed optimism with respect to this.

The idea behind this project is to guide people towards the initiative and there is no pressure. The public establishments such as electricity department have adopted cashless transactions. Other organizations have been encouraged to follow suit. While the move sounds revolutionary, the path for it has been cleared and people have responded enthusiastically.