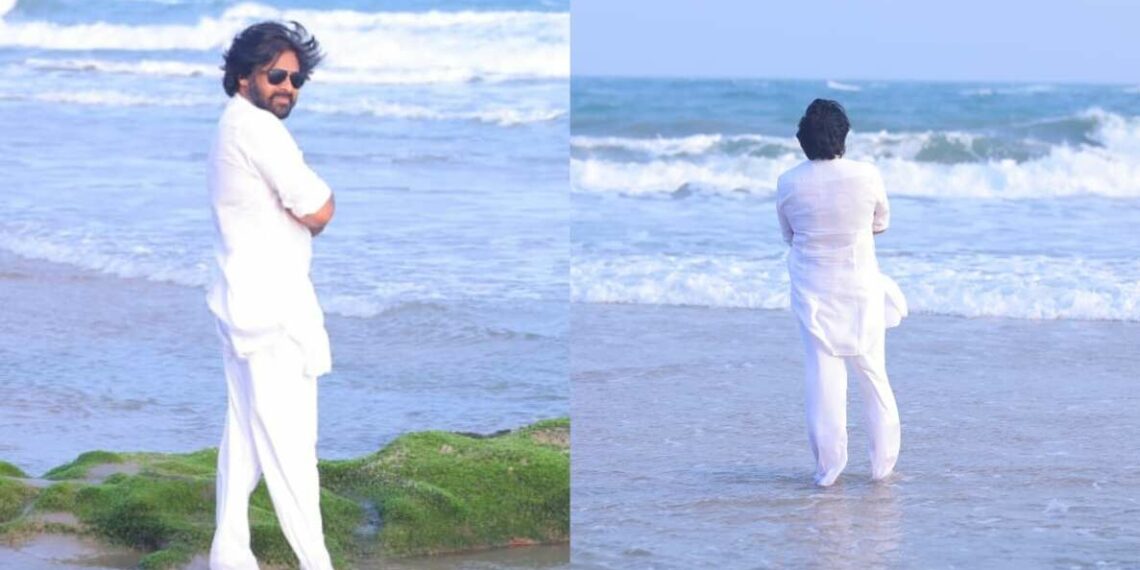 This evening, Janasena Party chief Pawan Kalyan visited Rushikonda Beach and walked by the Vizag coast. He inspected the hill undergoing development works and later posed for a few pictures on the beach. This attracted heavy crowds at Rushikonda as fans chanted slogans, capturing their favourite star in their galleries. Pawan Kalyan interacted with the media for a short while before leaving. JSP senior leader Nadendla Manohar and other party supporters accompanied him.

Pawan Kalyan reached Vizag last evening ahead of PM Modi’s arrival. Later, he privately met the PM at INS Chola. It is already known that the Janasena and BJP parties have joined hands for the upcoming 2024 General Elections.

Recently in October, Pawan’s arrival in the city triggered a huge fiasco at the Visakhapatnam International Airport. The city police restricted him from attending a public meeting the party had planned to address the locals. In another incident, he visited the Ippatam village in the Mangalagiri constituency, which added fuel to the fire and sparked more controversy.

After he visited Rushikonda Beach, Pawan Kalyan left for Novotel, where he is currently staying.