Veteran actress Reema Lagoo passes away due to cardiac arrest

Veteran actress Reema Lagoo passes away due to cardiac arrest Reema Lagoo, a name that brings to mind the main character’s mother in hit Hindi flicks like Maine Pyar Kiya is no more. The versatile veteran actress whose career spanned over four decades was 59. She passed away on Thursday, 18 May 2017 in the early hours. She had complained of chest pain and was admitted in Kokilaben Dhirubhai Ambani Hospital in Bombay at 1:00am, she unfortunately passed away during the early hours due to a cardiac arrest.

The popular actress had excelled in all the mediums:  theatre, TV serials and films in both Hindi and Marathi as well. Hailing from Pune, Nayan Bhadbhade, which was her original name had begun her career as a theatre actress.   She went on to marry actor Vivek Lagoo, but the couple got separated after two years. They have a daughter named Mrunmayee, who is also an actress and stage artiste.

Reema was very well known for her motherly roles and gathered respect as a good supporting actress as well. Having acted with the biggest stars of Bollywood like Akshay Kumar, Saif Ali Khan, Sanjay Dutt, Sridevi, Madhuri  Dixit, Juhi Chawala, Khajol, Preeti Zinta , she has acted with the three Khans too,  including Salmaan khan, Aamir khan and Shahrukh Khan. Most of the films she worked in turned out to be blockbusters. Starting out with television serials like Tu tu mein mein, she rose in prominence with the film Qayamat Se Qayamat Tak(1998). She than starred in the hit film hit film Maine Pyaar Kiya(1989).

Other films that brought her popularity include Hum Saath Saath Hai, Aashiqi, Saajan, Kuch Kuch Hota Hai, Kal Ho Na Ho etc. Social media was abuzz with condolence messages and Viraf Firoz Patel, the on-screen son of Reema Lagoo in the TV show Naamkaran shared a picture and a message. Celebrities Akshay Kumar, Amitabh Bachchan, Priyanka Chopra and others took to social media to express their condolences. Rest in peace Reema Lagoo, the film industry has lost an amazing actress who will be remembered for a long time to come. 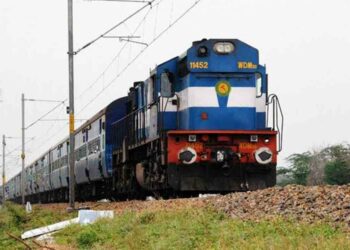