One of the most repugnant scenes for a woman to face once she is out on the roads is the sight of a man, unabashedly ‘relieving’ himself right in the middle of the street, completely oblivious of discomfort and disgust he causes to the passersby (especially women). I pity myself  for being the victim of such a sight when I stepped out for lunch today. Ugh! Not again! Shameful though, public urination has always been a matter of most common occurrence, with men attending ‘nature’s call’ even on main roads and busy streets, in full public view. The irony is that, such improper behaviour is rampant even on spots where there are sign boards/inscriptions clearly stating that urinating is forbidden.

Considering that such conduct incurs a blot on our country, known and respected for its culture; it’s high time we Vizagites took up a stance and put a stop to it. It is imperative that men, like women behave with some sense of responsibility and dignity. Instead of converting every park, wall, corner, empty lot and drain into an open toilet, men should avail the facility of public toilets, thereby sparing others the horror of bumping into them in the middle of their act.

The point of public toilets brings to light the acute dearth of easily accessible toilets in India – a possible reason (and pretext!) for men to indulge in such uncivilised actions. The onus for ensuring that public toilets are constructed at regular distances falls on the government and various social organizations (NGOs, etc). These institutions must discharge this responsibility effectively in order to foster a sense of decency.

Besides establishing public lavatories, the following measures could be adopted on individual, group, organisational and national (legislative and executive) rungs of the society to eradicate such obscenity.

Parents must cultivate toilet manners in children (especially boys) from early childhood. They must not be granted the liberty to evacuate as and when they please. This will go a long way in inculcating a sense of probity in men. All schools – private, aided, big and small, should repeatedly emphasise educate the students. If a student –irrespective of his/her age- is convinced against urinating in public, he/she would most likely convince others as well. Awareness campaigns and similar such initiatives aimed at informing and enlightening people on healthy sanitary culture should be organised initiating a process of change. Caricatures and cartoons, carrying messages, dissuading people from violating ethical norms of toilet culture, and educating them about their distasteful deportment bringing disgrace upon the city could be showcased on walls and parks.A law must be instituted identifying excretion in public as a cognisable offence for which the offender will be liable for prosecution. However, introduction of such a clause in the constitution/IPC will not suffice- generating awareness regarding urination (or defecation) as a punishable misdemeanour is the key.Stringent measures should be adopted by the lawmakers of our country to thwart such abominable deeds. Exorbitant fines must be charged as penalty from such individuals. The government and other such organisations working towards heralding toilet culture, must seek the assistance of reputable NGOs like Sulabh International (a national and international agency with a history of distinguished service in the sanitation sector) for the technical expertise and scientific procedure required for installation of economical, clean and sterile washrooms.People are usually hesitant and reluctant to utilise public toilets, as the general notions attached to them are – ‘filthy’ and ‘unhygienic’. Assiduity in maintaining hygienic, clean and odour-free restrooms should be enforced in order to allay such conceptions.The government and the censor board must be vigilant to any scenes depicting peeing or excretion in public in lighter vein and forbid their exhibition in movies as, such scenes might encourage and provoke the youth to indulge in such deplorable behaviour.

If still no sense can penetrate the minds of these uncouth men, and they continue to wield their ‘license to pee’ maybe it’s high time we, as responsible Vizagites and citizens of India take the matter in our own hands…A dose of munna bhai’s gandhigiri is bound to set these mindless men straight! God save us please! 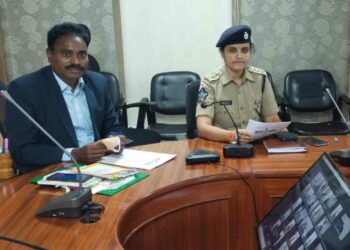