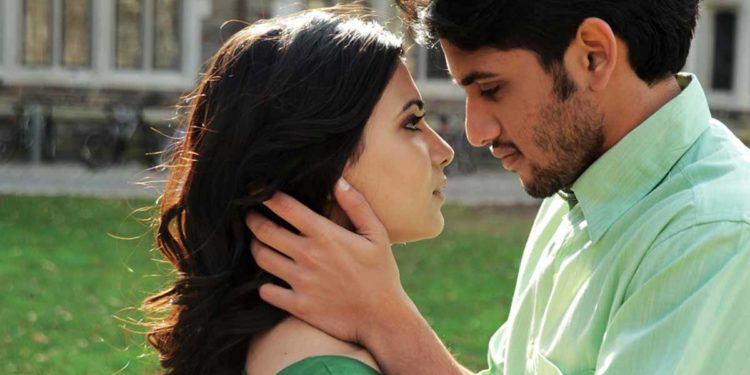 Most of us have always been a huge admirer of Telugu romantic movies. Almost all our movies have the Love aspect in some form or the other. But only a few movies truly explore the reality and depth of these relationships. Here are 10 of those Telugu romantic movies which have entertained us over the years and still continue to do so.

When it comes to love stories it’s hard not to talk about Maniratnam movies. In Sakhi, he did what he is best at, bringing out the magic on the silver screen. Considered as one of his directional gems, it has been over 20 years since the film released. It still feels fresh and relatable to present-day youth. Madhavan and Shalini as Karthik and Shalini and A.R. Rahman’s soulful music is a blissful experience.

In the initial stages of Pawan Kalyan’s career, he worked a lot with debutant directors and attempted a new kind of cinema. One such attempt with A. Karunakaran is Tholi Prema which established Pawan Kalyan as a versatile actor. This movie has achieved cult status and we all know how iconic the introduction shot of Keerthi has become over time. Pawan Kalyan as Balu and Keerthi Reddy as Anu together delivered a remarkable performance by portraying a sense of responsibility and maturity which was not seen in most films of that time.

Ninne pelladata is considered as the industry hit of that time. It is a romantic drama starring Nagarjuna and Tabu in the lead roles and is directed by Krishna Vamsi. This is a fun-filled family entertainer that revolves around Mahalaxmi and Sreenu. This movie bagged a lot of awards. Yeto vellipoindi manasu is still on top in most of our song playlists.

This movie brought instant stardom to Tarun, it was directed by K.Vijaya Bhaskar. The story revolves around two childhood friends Tarun and Madhu who eventually fall in love with each other. Dialogues by Trivikram Srinivas are a huge asset. This rom-com has a good music album, with songs like ‘ekkada unna pakkana nuvve’ and ‘kallaloki kallu petti chudavenduku’ were chartbusters during those times.

Where to watch: Etv Win

This Gautam Menon directorial has achieved cult classic status as a Telugu romantic movie over the years. It is the story of Karthik and Jessie, the director dives deep into the characters and their complexities. Samantha’s character as Jessie is one of the best characters portrayed on screen. Music by A.R. Rahman is refreshing and tops music charts even today. This movie made us all fall in love with Kerala as well.

Arya, Ajay and Geetha have become household names. ‘Feel my love’ has become the catchphrase among the youth. This love triangle was the directional debut of Sukumar. Allu Arjun in the part of free-spirited Arya has done a phenomenal job. This movie has broken some conventional storylines during its time. The music album by Devi Sri Prasad was a big hit.

Bommarillu is directed by Bhaskar, starring Siddhartha and Genelia in the main roles. It is a romantic family drama that explores the relation between the father and son along with a beautiful love story between the leads. The music by DSP was a huge plus to the film. Also, how can we forget ‘ha.. ha… Hasini’, and ‘motham mere chesaru nanna’.

Where to watch: Zee 5

Ala modalaindi is a small film that made a lot of buzz which is directed by Nandini Reddy. It is a simple, breezy love story. The performances by the talented Nani and Nithya in the film are just so effortless and natural. Music by Kalyan Malik is lively.

This movie is a simple, romantic, heart touching love story. The leads Nithya Menon and Sharwanand gave exceptional performances as Nazeera and Raja ram. It is directed by Kranthi Madhav. This film aged with time and gained a lot of appreciation. Songs by Gopi Sundar are pleasant and soulful.

Sekhar kammula has a unique way of designing the characters of the women in his films. Bhanumathi is a strong-minded village girl who falls in love with the NRI Varun. She messes with her own feelings and creates conflict. Sai Pallavi as Bhanumathi stands out and the music of the film was by Shakthikanth Karthick and Vachinde was played at almost all the functions.