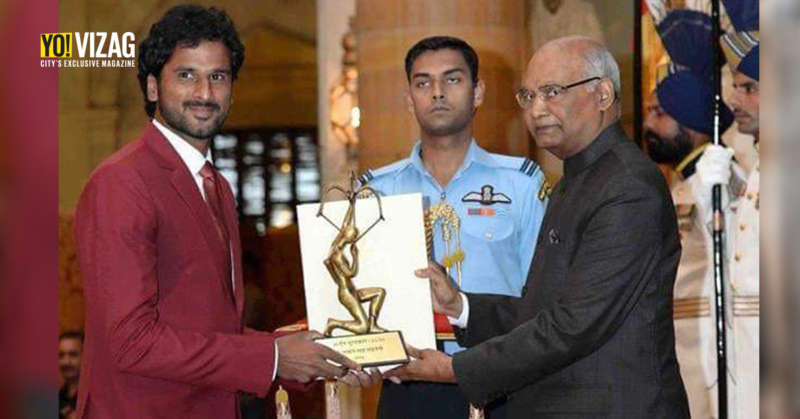 Tennis player from the city Saketh Myneni has made us extremely proud yet again. He is the first to make it to Arjuna Award winners list from the city. He has won laurels in the sport of tennis and was chosed by Rohan Bopanna over Leander Paes to be his partner for the Rio Olympics. 29-year-old Saketh Myneni is one of the 17 sports persons who were selected by the panel for Arjuna Awards Winners 2017. He has won Gold Medal in Mixed doubles with Sania Mirza and Silver Medal for Men’s Doubles at Asian Games 2014. He has represented India in Davis cup and played US Open in Singles category in 2016. Saketh is a resident of Pedawaltair in Vizag and was born in Vayyuru town of Krishna district. All his growing up years were spent In Vizag. As a Vizagite he started his schooling at Timpany. His initial tryst with tennis began at the local tennis courts and at Century Club, where his father was a member.This was at 11 years of age. He moved to Hyderabad for advance training under coach Nagaraju later on.  Further on, his abilities at the University of Alabama in the USA he could work on his game much better. Today he proudly stands among the respected Arjuna Award winners on India.

We wish the sports man congratulations on receiving this prestigious award and good luck in his career ahead.

To know more about Saketh, you can read his exclusive interview with us in the below article-