In a pleasant surprise to fans, Telugu actor Rana Daggubati, took to social media to introduce his girlfriend, Miheeka Bajaj. The Baahubali-fame actor popped the question and the latter said yes. Sharing an adorable picture on Instagram, the actor shared, “And she said Yes.”

Miheeka Bajaj is the founder of an event management company, Dew Drop Design Studio. On 14 November 2019, Miheeka had taken to Instagram to send birthday wishes to Venkatesh Daggubati’s eldest daughter, Aashritha. She wrote, “Happy happy birthday my absolute favourite human being. I feel privileged to be able to call you my own.”

On the work front, Rana Daggubati’s Aranya was scheduled to hit theatres on 2 April. The release has been postponed amidst the coronavirus pandemic. The 35-year-old actor is all set to resume the shoot of his upcoming film, Viraata Parvam, once the lockdown is lifted. Co-starring Sai Pallavi Senthamarai, the movie is being directed by Venu Udugula. On the occasion of Pallavi’s birthday, the film unit released a poster featuring the actress, three days ago.

Rana Daggubati had made his debut with Leader in 2010. The film, directed by Sekhar Kammula, went on to win critical acclaim. The actor then went on to make a mark in films like Nenu Naa Rakshasi, The Ghazi Attack, Nenu Raju Nene Mantri, with his portrayal of Bhallaladeva in Baahubali winning him global fame. 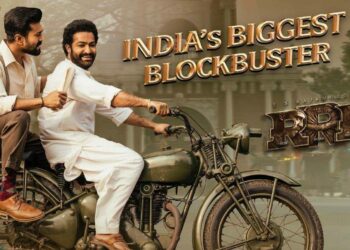