Watch Ramaraju For Bheem: Jr NTR stuns as Bheem in his RRR intro The much-awaited first look of Jr NTR as Bheem in RRR has finally arrived. Bringing the curtains down a long wait for the fans, the filmmakers have released the actor’s introductory video on Thursday. With Ram Charan lending his voice over, the teaser, titled Ramaraju for Bheem, introduces us to Jr NTR as Komuram Bheem, in a powerful avatar.

Post lockdown, the film’s unit recently resumed its shoot with strict safety measures in place. In addition to Ram Charan and Jr NTR, RRR features Ajay Devgn, Alia Bhatt, Ray Stevenson, Samuthirakani, and others. While the highly anticipated film was slated to hit the screens in January 2021, delays in shooting schedules, owing to the COVID-forced lockdown, might result in the filmmakers pushing the release date. Directed by SS Rajamouli, RRR will be released in multiple languages including Telugu, Tamil, Hindi, and Malayalam among others. The film is among the most hugely awaited Indian releases in the coming months. 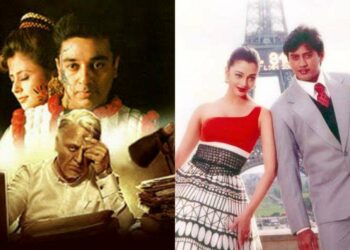