Rahul gandhi says he has "forgiven" his father's killer

Rahul Gandhi says he has “forgiven” the killers of his father Recently, Rahul Gandhi, a Lok Sabha MP and President of the Indian National Congress, had interacted with the IIM Alumni, in Singapore, on March 9th. During this, Mr. Gandhi spoke about how he knew that his father, and grandmother, was going to be killed because of taking up a stand on certain political topics of the past.

He told in the interview that he, and his sister Priyanka Gandhi Vadra, had “completely” forgiven the killers of his father as they find it difficult to hate people, though they were very hurt and angry before.

In addition, Rahul Gandhi also said, “I was fourteen when my grandmother was assassinated. I used to play badminton with those who killed my grandmother. After that, my father was killed. So you live in a particular environment. Surrounded by fifteen guys from the morning, to noon, till night, I don’t think that’s a privilege. I think that is quite a hard thing to deal with.”

In retort, Mr. Subramanian Swamy, a Rajya Sabha MP and senior BJP leader, expressed his suspicion on this statement. He said, “Rahul Gandhi forgiving killers of his father, Rajiv Gandhi, raises suspicion of ‘supari killing” or a plotted murder for financial gains.” Mr. Swamy also urged that a further probe be conducted into the death of the former Prime Minister, ANI reported. King George Hospital in Visakhapatnam must be renamed, demands BJP 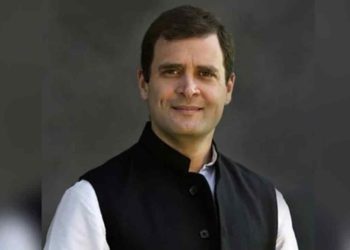