5 Telugu movies of 2019 that every movie lover must watch

5 Telugu movies of 2019 that every movie lover must watch 2019 has typically been a year of highs and lows fro Telugu cinema. While a couple of big-ticket films that were expected to work wonders failed miserably at the box office, a bunch of humble flicks went on to make a big noise at the ticket windows. As the year draws to a close, we give you a list of 5 Telugu movies in 2019 that every movie lover must watch. Essaying the real-life story of Padma Shri recipient Chintakindi Mallesham, who pioneered the cause of weavers, this Raj Rachakonda directorial is a remarkable tale of grit and determination. Starring Priyadarshi, Ananya Nagalla, and Jhansi in lead roles, the film struck a chord and fetched praise with its endearing characters and heart-touching narrative. 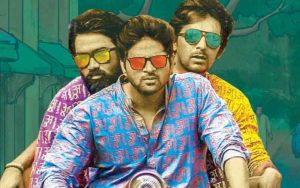 A thoroughly entertaining watch, filled with clean humour, thrills, and twists, Brochevarevarura came as a refreshing flick this year. Featuring a brilliant ensemble of Sree Vishnu, Priyadarshi, Rahul Ramakrishna and Satyadev among others, this film, by Vivek Athreya, is a charming tale that wooed the critics and audience alike. 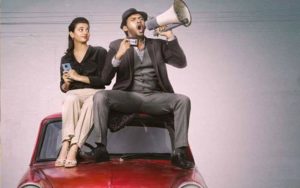 Gripping detective-thrillers are rare commodities in Indian cinema. Agent Sai Srinivas Athreya, thus, had several barriers to break when it hit the screens this year. And boy didn’t it succeed in doing so! Directed by Swaroop and starring Naveen Polishetty in the titular role, the film surprised the audience with its exceptional storyline and technicalities. A must-watch if riveting thrillers are your cup of tea. Bringing forth the story of an aging cricketer who faces the odds for the sake of his loved ones, Jersey is packed with numerous brilliant moments. A few scenes between the father (Nani) and son (Ronit), especially, leave the viewers teary-eyed. Well written dialogues and Anirudh’s rousing music are among the other strengths of the film. However, it is Nani who proves to be the film’s biggest asset with his flawless performance. Pencil Parthasarathy (Nani) is an aspiring novelist who plagiarises English films for a living. In a bid to find inspiration for his next novel, Parthasarathy agrees to help five women plot revenge against a common nemesis. Filled with hilarious jokes, smartly written sequences, and an interesting storyline, Gang Leader is an entertaining affair. The film is further powered by some strong performances, led by Nani, who is in top form as the leader of a 6-member gang.