At the Ramnath Goenka Excellence in Journalism Awards held on 2nd of November, Prime Minister Narendra Modi honored 37 journalists across the country.  The announcement of the PM giving away the awards this year did not please two journalists.

Senior journalist from TOI Akshaya Mukul won the award for his non-fiction books ‘Gita Press and the making of Hindu India’. He said, “I cannot live with idea of Modi and me in the same frame.” to The Caravan. He was against the power of the government over Freedom of Speech.

The second journalist to boycott the event was Anna MM Vetticad. She was awarded in the Commentary and Interpretative Writing category for her report on the stereotypical portrayal of women in TV and films. She has criticized Modi and his government over the times, hence, no surprise there.

Apart from this, what caught the audience’s attention was Indian Express’ Editor Raj Kamal Jha’s speech. He, very conveniently said what is wrong in today’s journalism.  He said that Ramnath Goenka once had ‘sacked’ a journalist when he received appreciation from a Chief Minister.

What he said next stunned the PM. He said, “Criticism from a government is a badge of honour”.

An excerpt from his speech:

“Thank you sir, for your speech. You made some wonderful points. I think the most important point was credibility. We cannot blame the government for that. That is our job, we need to look within and we will surely reflect on your remarks.

…those who say that good journalism is dying, that journalists have been bought over by the government, good journalism is not dying; it is getting better and bigger. It’s just bad journalism makes lot more noise than it used to do five years ago. And that is why I think the remote control should get the R&G award for excellence in journalism.“

With this powerful speech he sure did send a strong message to the ‘loud’ journalists and also to the government. 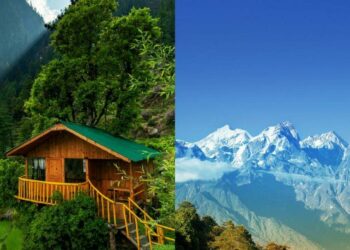