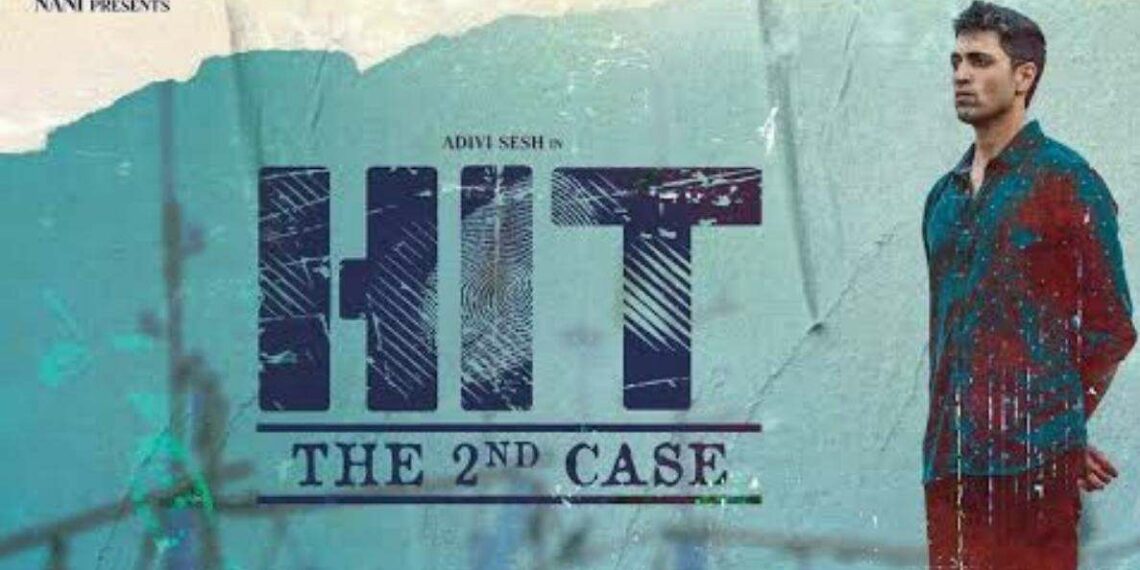 This morning, Wall Poster Cinema launched the exciting and dramatic HIT: The Second Case trailer and left us wondering about what is to come. Starring Adivi Sesh and Meenakshi Chaudhary in the lead roles, the upcoming Telugu intense crime thriller was directed by Sailesh Kolanu. The movie is set to hit the theatres during the first weekend of December, i.e. 2 December 2022. Set in Visakhapatnam, the trailer opens in the aftermath of a brutal murder that shocks even the stubbornest of men, Krishna Dev, aka KD (Adivi Sesh). How he chases the criminal despite facing several dead ends is what will keep the audience hooked to the silver screens.

From what it looks like, Sanjana, a worker at a bar lounge, gets murdered in a way only heard in crime novels. The protagonist, KD, takes up the case and investigates those related to the victim- her suspicious employer (Adarsh Balakrishnan), an emotionally shaken father (Tanikella Bharani), and gory crime scenes. HIT: The Second Case trailer also glimpses the female lead Meenakshi Chaudhary, KD’s boss Rao Ramesh, and others.

Also read: Look forward to these movies releasing at the theatres this last weekend of November

Announced in February 2021, marking the first release anniversary of HIT: The First Case, the movie was formally launched in March 2021. The cast commenced filming in August 2021 in Visakhapatnam. Later in December 2021, producer Nani announced that 90% of the filming of HIT 2 had been completed. The lead actor Adivi Sesh got busy with his shooting schedules for his recent blockbuster Major. The rest of the filming for HIT 2 commenced in August 2022 and is now ready for its theatrical release.

While S Manikandan handled the cinematography, Garry BH was roped in as the editor, and John Stewart Eduri composed the tunes for HIT 2.