Richest man in Visakhapatnam in terms of Students' education

I am the richest man in Vizag because my wealth is my students!” – Soma Raju, GVP 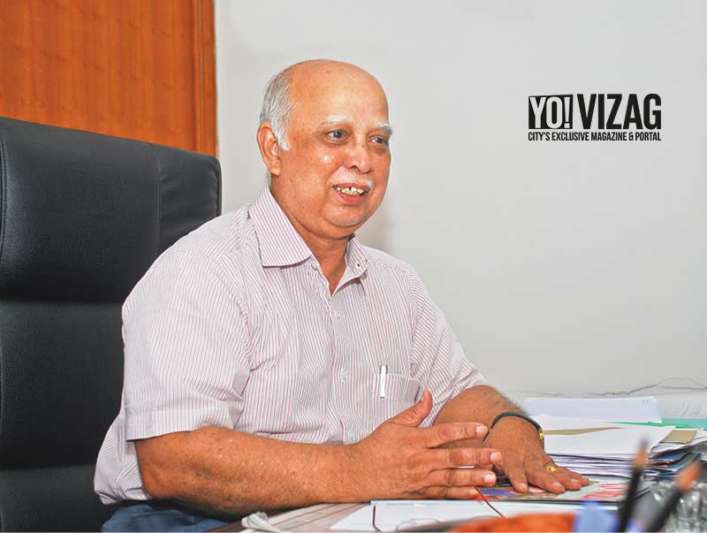 In his quest to nurture students who would reach such heights, this unassuming man along with quite a few like-minded educationalists initiated a collection drive. “When we started this institute, we did not have any money. We felt we did not need money as much as we needed good teachers and students. We hired a building and started this institute with just Rs.1.2 lakhs. A mother with small children, keen on donating to our cause actually broke the ‘hundi’ she had placed near the Gods in her house and contributed an amount of Rs 32/-. In fact, most of the amounts we collected ranged from Rs 32 to Rs 1016; totalling to an amount of Rs 1.2 Lakhs.” The institute in question is the Gayatri Vidya Parishad (GVP). And the man is Prof. P. Soma Raju, M.A., Ph.D., a known and highly respected Professor of Mathematics; presently active as the Secretary of Gayatri Vidya Parishad, Visakhapatnam.

Though born in Vizianagaram (at his grandfather’s house), his initial schooling and upbringing was all in East Godavari. He came to Visakhapatnam in 1957, armed with just an SSLC certificate and joined the AVN College. Having completed his PUC here, he went to Vijaywada and pursued his graduation. “I was the first graduate in my family. My father was a village ‘karnam’ (accountant). I was not very good at academics, but was very passionate about Mathematics, therefore I joined MSc Mathematics.” After completing his education in MSc, he took up the post of a Maths lecturer in AVN College, in 1966. “I did not even have to attend any interview or anything. I was asked to teach just based on the word of my teacher!”

I want to place Visakhapatnam on the world map. It is my aim to see Vizagites dominate the world.

“I loved teaching. During my own student days, owing to my agricultural commitments I could to attend college only from September onwards which affected my academics. After listening to the hardships faced by my students, and their inability to concentrate, I began coaching them. While some paid as tuition fees, some attended free. But today I can proudly that my students are now in the IAS, IPS, teaching as professors in MIT, and some are highly respected professionals in India and the US. I am the richest man in Vizag because my wealth is my students!”

His daughter, who secured 90% in the tenth, could not get admission in the open category. “As I was a lecturer, she was admitted based on my recommendation. That’s when I realised, that there was a dearth of good colleges imparting quality education in the city, but back then as a single individual, I could not do much. Later, along with other professors, academicians, industrialists, and philanthropists, Gayatri Vidya Parishad was created. We decided to start first with a Degree College in 1986.”

Thinking out of the box is a way of life for the professor. His refrain is that “Teachers are not required to teach something from the textbook; just transferring the knowledge is an old concept. The present concept is to motivate the students to learn things; that is what true education is. More than another engineering college; I wanted to start a ‘different’ engineering college where students would be creative and not routine.” Similarly, in regards to the hospital attached to the Medical College of the GVP, he believes in sending the patient back home as soon as possible rather than encouraging them to recuperate in the wards. “I rather send the doctor to the patient’s house. This way, the patient and his whole family will not only spend less, but be much more comfortable.”

“Visakhapatnam accepted me, hence I feel I have to return something to the city” is how he simplifies his commitment to the city’s wellbeing. Even as a young lecturer, he joined the students in demanding the sanctioning of the Steel plant in Visakhapatnam, when Sri Abid Husain was the Collector. Concluding the interview, he reiterates, “I want the youth of the city to see that Vizag is placed on the world map! There are plenty of options; entrepreneurs, administrators, scientists, or even cine directors. Just follow your goal.”