Nestled amidst the Eastern Ghats, Vizag is known for its beautiful golden sandy beaches and the alluring lush green hills. The city has played the muse to many filmmakers such as the likes of legendary directors, K Balachander and K Viswanath. Over the last few decades, Vizag has also seen several remarkable artists crossing over to leave their distinctive mark on the Indian Cinema. With the untimely demise of the veteran Telugu lyricist, Sirivennela Seetharama Sastry, let us pay our homage to all the famous song writers from Vizag. 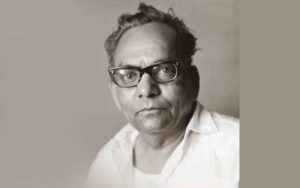 Popularly known as Sri Sri, Srirangam Srinivasa Rao was a remarkable Indian poet and lyricist. Schooled in Vizag, the legendary writer graduated in BA at University of Madras in 1931. He entered the Telugu Cinema in 1950 and went on to become one of the greatest film songwriters in India. Sri Sri Sri penned had lyrics for over 1000 soundtracks in Telugu. Noted for his anthology Maha Prasthanam, Sri Sri is a recipient of a National Film Award, a Nandi Award and a Sahitya Akademi Award.

The Sahitya Akademi Awardee was born in Yelamanchili, Vizag. Known for his works exclusively in Telugu cinema, Aarudhra rendered lyrics to songs from movies including Muthyala Muggu, Pelli Pusthakam, and Mallepoovu among others. The famous lyricist is the nephew of Telugu poet Sri Sri. The legendary writer made his debut as a lyricist with Janani Janmabhoomi in 1984. He rose to fame with the song Vidhatha Thalapuna in K Viswanath directorial Sirivennela (1986), eventually giving him the name ‘Sirivennela’ Seetharama Sastry. His body of work includes over 3000 mainstream movie songs. He penned songs from classic films including Swayamkrushi, Swarna Kamalam, Shrutilayalu, and Swati Kiranam among others. In his career spanning over three decades, Sirivennela Seetharama Sastry garnered eleven state Nandi Awards and four Filmfare Awards South for his lyrical works. Owing to his contributions towards the field of arts and aesthetics, he was awarded the prestigious civilian honour, Padma Shri, in 2019.