Increased Number of Female Drivers In India - Yo! Vizag Since last year, there has been a rapid growth in the female drivers in our country. Leading taxi companies like Ola and Uber have been appointing female drivers and the number of women driving people around the city is rising day by day.

According to a survey, around 30% of the Uber drivers in India are females while Ola has appointed around 19% of female drivers. More and more female citizens in India are interested in becoming a taxi company employee which provides them with a good cash and more life experiences. Many female workers work as a part time driver and earn upto Rs 70,000 per month apart from the other jobs they do.

People in South India are also opening up to the possibility of female drivers and more female taxi drivers can be seen on the streets of Bengaluru, Hyderabad and Chennai. In olden days, people had the tendency to react in a strange manner when a woman drove a car, especially if she did it for a living, but things have took a turn and people are encouraging their daughters and other ladies to drive freely without any hesitation. In a populated city like Bombay which has a lot of traffic, female drivers have made their mark and have been picking up people and driving them to their destination since a long time now.

Slowly this trend is spreading all over the country and soon it will take over all the taxi business in our country. The taxi company takes care of the safety of these women driven cabs and takes all the possible measures to keep them safe and problem free. Even though people are taking women driven cabs with positivity, a lot of measures needs to be taken to make sure that the women of our country drive around the cities with no fear and hassles. 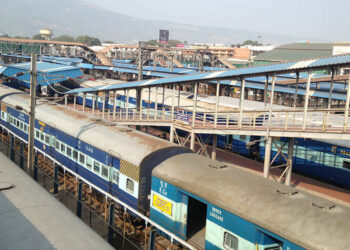