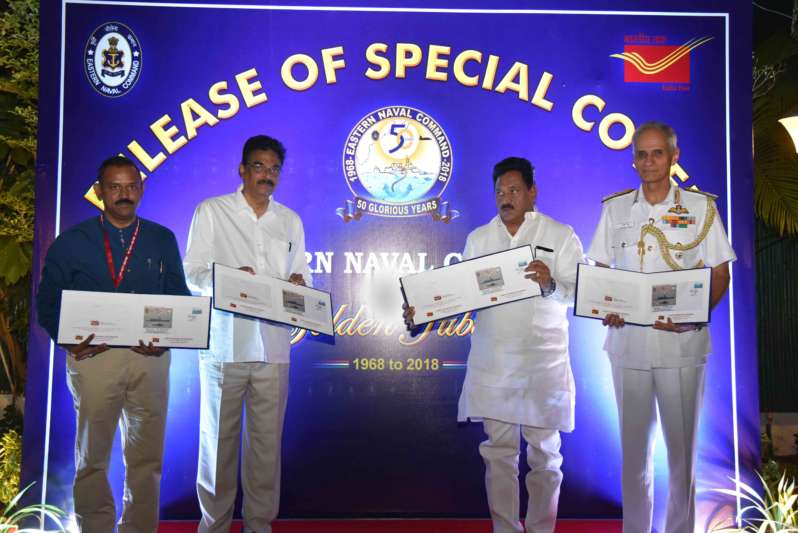 The event was also utilized to screen the Navy Day Telefilm showcasing various activities of the Indian Navy to the guests. The special attraction for the evening was the live singing of a song titled ‘Jai Visakha’ specially composed to highlight the symbiotic relationship between the ENC and the City of Destiny, Visakhapatnam which have grown concurrently. The song had been specially composed in Hindi and Telugu by Cmde KS Noor, Command Education Officer and Mrs. Nirmala, of the Navy Children School, Visakhapatnam. The musical score was arranged by Cdr Satish Champion and the ENC band. The song was rendered by Mrs. Krupa Pandya, a Naval wife and Mr. Mummoji Sekhar, from Visakhapatnam.

As received in a Press Note