Satish (yellow) being taken to the police station

Tuesday, 17 May 2022, a bizarre incident took place in Vizag in which a Central Reserve Police Force (CRPF) constable was arrested for physically and verbally assaulting the passengers of an RTC bus. Satish, the CRPF constable, was travelling on an RTC bus from Ravindra Nagar to Old Post Office in Vizag.

Despite the seats being vacant, he was found standing on the foot board at the entrance of the bus. As the bus conductor asked him to be seated multiple times, Satish used foul language at her.

Noticing this, a group of students belonging to Bullayya College confronted and questioned him for abusing the conductor. Irritated by the students, Satish attacked the them and dragged them on the floor of the bus. The bus driver immediately halted the bus near Venkojipalem Junction and informed a beat constable stationed there.

The CRPF constable was brought under control with the help of some locals and was taken to the MVP Police Station. A case was registered under IPC sections 509, 352, and 323 on the charges of verbal abuse of the bus conductor and physically assaulting the students. The Circle Inspector of MVP Police Station, P Ramanayya, and Sub-Inspector Lakshmi have taken action against the CRPF constable. 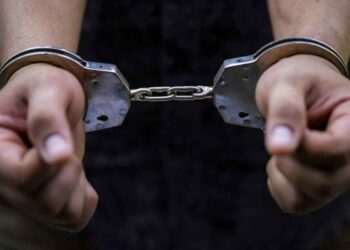