‘Let’s all make Narendra Modi a MAN by reminding him of his promise to AP’, says director Koratala Siva Film director Koratala Siva has lashed out at Prime Minister Narendra Modi. Taking to Twitter, the ‘Bharat Ane Nenu’ director said, “Let’s all make Narendra Modi ji a MAN by reminding his promise to Andhra Pradesh. Do you honestly feel that telugu states are a part of India sir?”

Let’s all make @narendramodi ji a MAN by reminding his promise to Andhra Pradesh. Do u honestly feel that telugu states are a part of India sir?

Union Finance Minister Arun Jaitley on Wednesday made it clear that the centre won’t be giving the special status category to Andhra Pradesh. The announcement led to high drama in the state with TDP deciding to pull out two of its ministers-Ashok Gajapathi Raju and YS Chowdary-from the Modi cabinet.

Koratala Siva’s tweet was aimed at taking a jibe at Prime Minister Narendra Modi for falling short of fulfilling the promises made to Andhra Pradesh during the state bifurcation in 2014.

This comes after the teaser of his upcoming film. ‘Bharat Ane Nenu’, starring Mahesh Babu, was recently released on the internet. The teaser, called ‘The Vision of Bharat’, has Mahesh Babu’s character saying that someone who doesn’t fulfil his promise, is not called a “man”.  The teaser broke the internet and viral on social media within a few minutes of its release on Youtube.

‘Bharat Ane Nenu’, produced by Danayya DVV, has Mahesh Babu donning the role of Chief Minister. The film is slated to be released on April 26th. 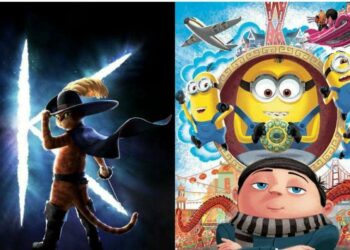