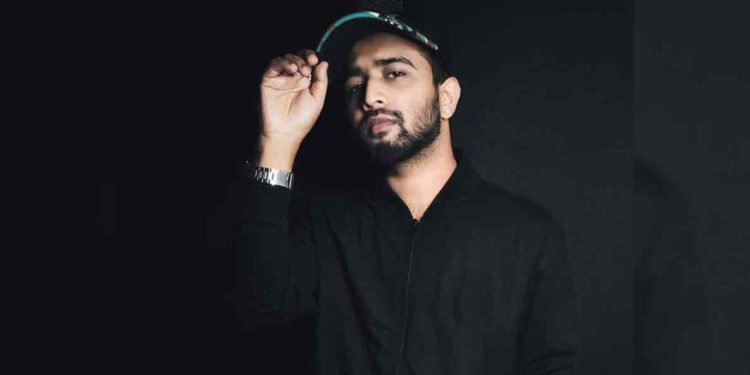 Meet this inspiring young musician, YouTube singer, songwriter, and rapper, Arin Dez, who took a chance with Bengali music and eventually left his lucrative career with Amazon to follow his passion. While the lockdowns pushed the world indoors, it pushed Arin inwards, to discover his innate talent and to realize his long-held dream of being an artist.

Arin Dez had humble beginnings spending his childhood in the outskirts of Silchar, a city in Assam, India. With all the responsibilities that came his way, he was always encouraged to follow the conventional path of studying hard and landing a good-paying job. His family’s background in music ignited his yearning for learning music but provided very little opportunity to build an ideal career out of it. From dealing with stereotypical pressures, self-doubt, and eventually establishing himself as a self-taught singer in Bengali, Arin Dez shares his challenging journey to YouTube success in a conversation with Yo! Vizag.

”My music journey started way back in the year 2010 when I was all of 16 years old. Music instruments got me very curious but at the same time, I was answerable for my academic performances. While music took a backseat for most parts of my academic life, it took prominence when I shifted to Hyderabad to work for Amazon. I started to practice during dedicated hours and started participating in several live gigs in the city,” says Arin. Presently, he is upset about leaving Hyderabad, that was beckoning in several ways, and at the same time happy that he took the call to leave Amazon. He now dedicates all his time to his earnest calling.

Prominently a Bengali singer, Arin Dez creates songs regularly and publishes them on his YouTube channel. With 26 videos so far, this channel counts 26K subscribers. Talking about what led to this YouTube journey, the singer says, “I came across a song called Genda Phool by Badshah. A lot of my friends were sharing it as WhatsApp status so I was promoted to make a Bengali version of the same. I was spending the whole lockdown scrolling and wasting time, so I decided to spend some productive time creating music. In no time I wrote the lyrics and shot the video within 24 hours of the release of the original. I immediately sent it to my friends. They were very impressed and asked me to upload it on YouTube. From then on, everything has been rewarding. First, my song listed second on the Google search. I couldn’t believe the number of viewers and would go and refresh the page often. What was even more unbelievable was that Badshah, the singer of the original song, himself commented on my video.”

The Bengali version of the Genda Phool song was groundbreaking in Arin’s music career and since then there has been no looking back. On that note, Arin adds, “the success of the song has changed my point of view and motivated me enough to further continue my music career. From then on, I started to receive a lot of contracts. My songs also featured in multiple news articles and radio stations like Times of India, Radio City, Rolling Stone India, All India Radio, BBC, Asian Radio, NWCZ radio amongst others”. Recently, this singer also made a Bengali rap version of the in-trend Sinhalese song Manike Mage Hithe which has been causing waves on YouTube.

With the country opening up and welcoming diversified career paths, Arin believes that there are a lot more opportunities than ever before to showcase one’s talent. “I personally believe that art is unique to everyone and only when exposed will it blossom. I also believe that giving the art form its due time and effort is primary.”

Currently, Arin is elated that his parents are happy with his career as a Bengali singer on YouTube. He is also grateful for the unparalleled amount of dedication he has put in to get here. He now only looks forward to connecting with the listeners through his songs. On a final note, he adds, “I believe that the prime thing in a song is the feelings, and I’m ready to give in my everything to deliver that feeling through my songs”. 5 educational YouTube channels where you can learn without a hassle