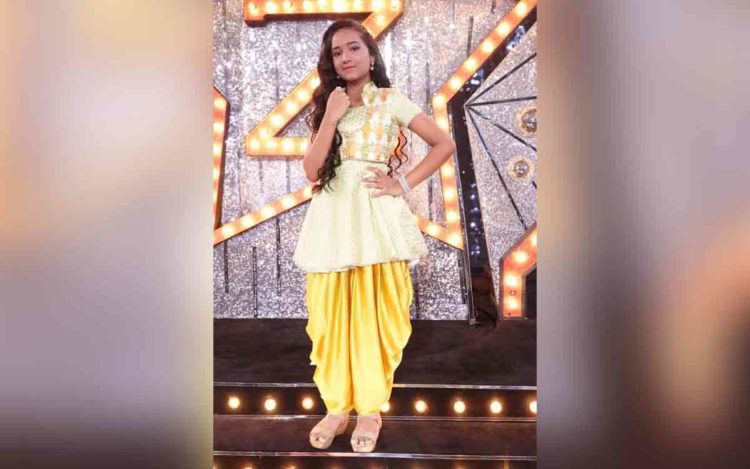 Drawing curtains on the highly anticipated elimination episode of the Indian Idol, Anjali Gaikwad was eliminated from the show owing to her poor vote count. Anjali is the seventh contestant to be eliminated on Indian Idol 12.

The Sunday episode was a starlit event with Veteran actress Zeenat Aman on the show. While the ZaanatAmanSpecial episode was an enthralling experience, the show that started with 9 contenders, ended with only 8. Being an elimination episode, all the contestants gave their best. While Pawandeep Rajan sang ‘Hum Tumhe Chahte Hein’ and ‘Ek Ajnabee Haseena Se’, Shanmukha Priya sang ‘Chura Liya Hai Tumne Jo Dil Ko’. All the judges were in praise for the singers and Zeenat Aman especially advises Shanmukha Priya on taking criticism. This episode also witnessed the pacifying rendition by Anjali Gaikwad, who sang “Bhor Bhaye Panghat Pe”. At the end of yesterday’s episode of the Indian Idol 12, the show host Aditya Narayan announced that based on the judge’s scores, Shanmukha Priya and Anjali Gaikwad were in the bottom two. It was later revealed that Anjali Gaikwad was eliminated from the show come. With the elimination of Anjali Gaikwad, India’s most popular singing reality show is left with eight contenders for the highly coveted title. They are — Shanmukha Priya, Sayli Kishor Kambli, Md. Danish, Ashish Kulkarni, Arunita Kanjilal, Sawai Bhatt, Nihal Tauro, and Pawandeep.

Anjali Gaikwad is an Indian playback singer and a classical musician by birth. She hails from Maharashtra and is the youngest contestant on the Indian Idol 12. Anjali owes her fame to the singing reality show Sa Re Ga Ma Pa Little Champs where she participated in 2017. Anjali, along with her sister, runs a YouTube channel called Anjali and Nandini Official. Time and again on Indian Idol, Anjali has been mesmerizing the judges and the audiences with her sweet and pacifying voice.