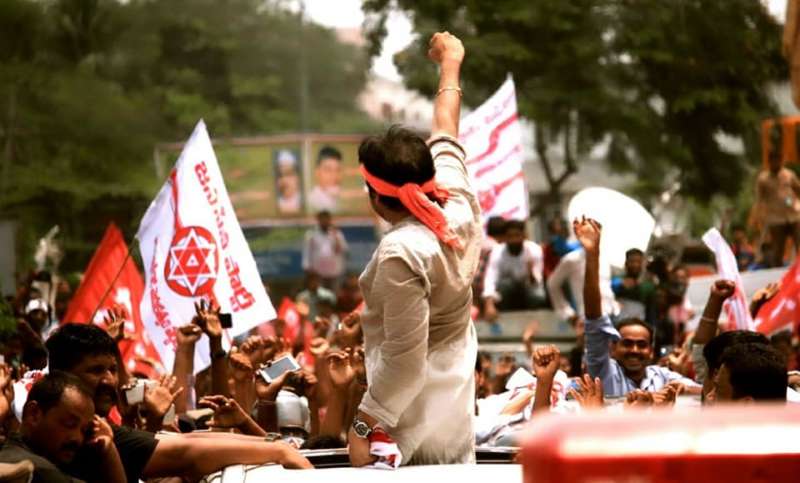 The agitations in Andhra Pradesh seem to be reaching a crescendo with various political parties demanding special status for the state. Friday saw several political leaders exhibit protests in their own way to gather public momentum and ultimately exert pressure on the centre for fulfilling the promises made to Andhra Pradesh.

While Chief Minister Chandrababu Naidu, who quit NDA government earlier, went on a ‘cycle yatra’ along with cabinet colleagues, MLAs, MLCs and thousands of citizens in Amaravati. While addressing the people, the CM said that the centre should underestimate the sentiments of the Telugu people and will suffer consequences if they do so. Janasena Party Chief Pawan Kalyan joined hands with left parties and conducted a padayatra on the National Highway, from Benz Circle to Ramavarappadu Ring Road, in Vijayawada. Mr. Kalyan said that they would collaborate with more parties and intensify the agitations.