7 personalities from the Telugu Film Industry who are GITAM alumni

7 personalities from the Telugu Film Industry who are GITAM alumni In its 40+ years of experience, GITAM University has welcomed students from all over the country and offered a variety of courses. Students here not only get to pursue the course they pick but also receive a medium to cultivate their hobbies simultaneously. Many such students have gone on to weave successful careers, bringing prominence to the GITAM name, as evident from its long list of notable alumni. From the software industry to the Telugu Film Industry, GITAM alumni are making a mark in all corners of the world.

For these alumni, GITAM also organises meets, and homecomings/reunions, where the new generation of students gets inspired from them. Especially in the film industry, there are a number of individuals who graduated from GITAM Visakhapatnam and went on to become very popular. But not many people know that these personalities were once students of GITAM.

Here’s a list of 8 GITAM alumni who made a mark in the Telugu Film Industry: Although Gautami Tadimalla came to GITAM with the intention of pursuing engineering, fate took her in the direction of films. Debuting in the 1987 Telugu film Dayamayudu, she went on to establish a successful career acting in Telugu and Tamil films, with the likes of Rajinikanth and Mohanlal. She later entered politics with Bharatiya Janata Party, becoming a State Executive Committee member. Praveen Kandregula recently rose to fame with his directorial debut Cinema Bandi which premiered on Netflix on 14 May 2021. Born and raised in Visakhapatnam, Praveen developed the filmmaking bug at a very young age and carried it forward during his college days in GITAM. He later entered Tollywood as a cinematographer before coming up with Cinema Bandi, which received rave reviews from critics and is one of the best Telugu movies of 2021. Popularly known for her performance in Ee Nagaraniki Emaindi, Anisha Ambrose hails from Visakhapatnam. She received her MBA in Finance from GITAM School of International Business before taking up modelling as a career. She made her acting debut with the 2013 Telugu film Alias Janaki and then went on to star in successful films like Run (2016) and Seven (2019). 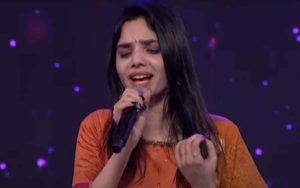 A native of Visakhapatnam, Amala has been a classical musician from an early age, learning from her mother who is a vocalist. Later, she also received training from renowned carnatic vocalist Dr. Pantula Rama. Somewhere in between, she also completed her BTech at GITAM University. AmalaShe stepped into Tollywood and has since given hit songs like “Kala edo Nijam edo”. The road to composing music was not a straightforward one for Chaitan Bharadwaj. He first graduated BTech from GITAM and worked in the software industry. Then, he received his big break with RX 100 (2018) where he composed hit songs like “Pillaa Raa” and “Rudhiram Marigi”. Since then, he has composed music for big-budget Telugu films like Manmadhudu 2 and the upcoming film Maha Samudram. Hailing from the East Godavari District in Andhra Pradesh, Sree Vishnu is a popular Tollywood actor known for playing supporting roles in films like S/O Satyamurthy (2015) and Vunnadhi Okate Zindagi (2017). He got attracted to acting when he was pursuing BBM at GITAM, where he was part of a theatre group. Then, he worked as a web designer before stepping into the film industry as an assistant director. He has also played for the U-19 Andhra Pradesh cricket team. 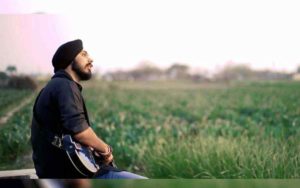 A playback singer and songwriter in around 5 Indian languages, Poojan Kohli has had a very interesting career so far. He started off by taking admission to GITAM to become an engineer. There, his passion for music was discovered which he furthered by recording songs with his friend. Later, he sang for popular movies like Kshanam (2016) and Krishna and his Leela (2020), while also releasing his own singles with labels like T-Series.