Squid Game is a fictional – survival Korean television series that was released worldwide on 17 September, 2021. The series revolves around a contest where 456 players, who are in deep financial troubles, are ready to go to any extent to risk their lives to play the game and win a whopping prize money. Ever since its release, this Netflix series has been critically acclaimed and garnered international attention. So much so that Twitter has been buzzing with pleas for a Squid Game sequel. With no further ado, here are the 4 interesting facts about Squid Game, the global Korean drama sensation.

#1 Struggles of the Director

Hwang Dong-hyuk is the director and writer of Squid Game. The plot of the show was written in the year 2009. Ever since then, the plot was rejected by Korean studios for the past ten years. Even before the script was completed, it so happened that Mr Dong-hyuk had to stop writing the script as he had to sell his laptop for $675 to overcome financial struggles. Finally, in 2021, Siren Pictures Inc produced Squid Game and Netflix acquired it to distribute it globally.

Netflix spent $21 million to acquire and distribute the Korean drama – Squid Game. Post its purchase, this OTT mammoth spent a few more millions to dub it to suit the global audience. For all that Netflix spent, according to internal documents secured by Bloomberg, this global sensation earned $891 million.

Post the release of this Korean drama, its creator, Hwang Dong-hyuk, disappointed the global audience by confirming that he had no story or the interest to make a Squid Game sequel. With the staggering response that the OTT platform received, global media houses reported that Netflix is going all out to hire writers to make a sequel happen. In what can be a breaking update for the Squid Game fans, Hwang told the Associated Press “There’s been so much pressure, so much demand and so much love for a second season. So I almost feel like you leave us no choice! But I will say there will indeed be a second season of Squid Games. It’s in my head right now. I’m in the planning process currently”. Bored of Bollywood drama? Here are the best Korean movies to watch on Netflix 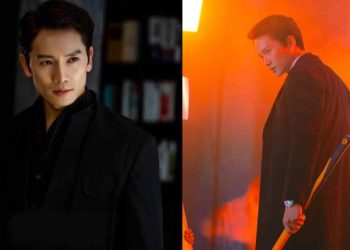 7 traditional games we loved playing in our childhood in Vizag